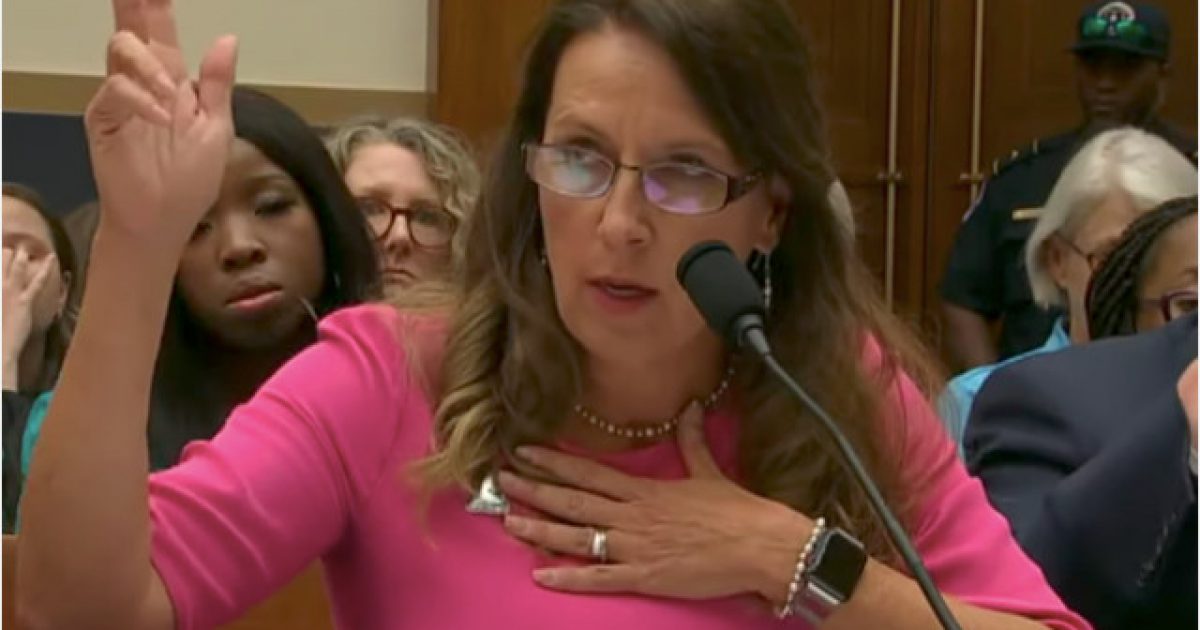 A former police officer recently spoke before Congress where she stood up for the Second Amendment right to purchase and own “assault weapons,” by stating that if some sort of ban is passed, she will not comply with it.

As you can imagine, this is not the kind of statement that is going to go over well with those who are anti-cop on the liberal side of the gun control argument.

Dianna Muller, who served with the Tulsa Police Department in Oklahoma for 22 years before founding the gun advocacy group the DC Project, testified before the House Judiciary Committee on Tuesday in opposition to legislation infringing on Second Amendment rights.

“Please don’t legislate the 150 million people just like me into being criminals. It has happened. You’ve already done it,” Muller said. “I was a bump stock owner, and I had to make a decision: do I become a felon, or do I comply?”

Regarding any potential assault weapons ban, Muller drew the line: “I will not comply.”

Rep. Jim Sensenbrenner went on to point out how vague the term “assault weapon” actually is and how the use of such an imprecise term would lead to the illogical ban of certain weapons that, in reality, are not assault weapons.

Heritage Foundation legal policy analyst Amy Swearer also pointed out that when it comes to semi-automatic hunting rifles and the so-called assault weapons Democrats want to ban, there’s not much of a functional difference between them, which could mean that liberals would also be banning hunting rifles and other weapons that should be protected under the Second Amendment.

Calling on a personal anecdote, Swearer told the story of how much her mother struggled to fire a handgun, but had less difficultly with the AR-15 for home defense.