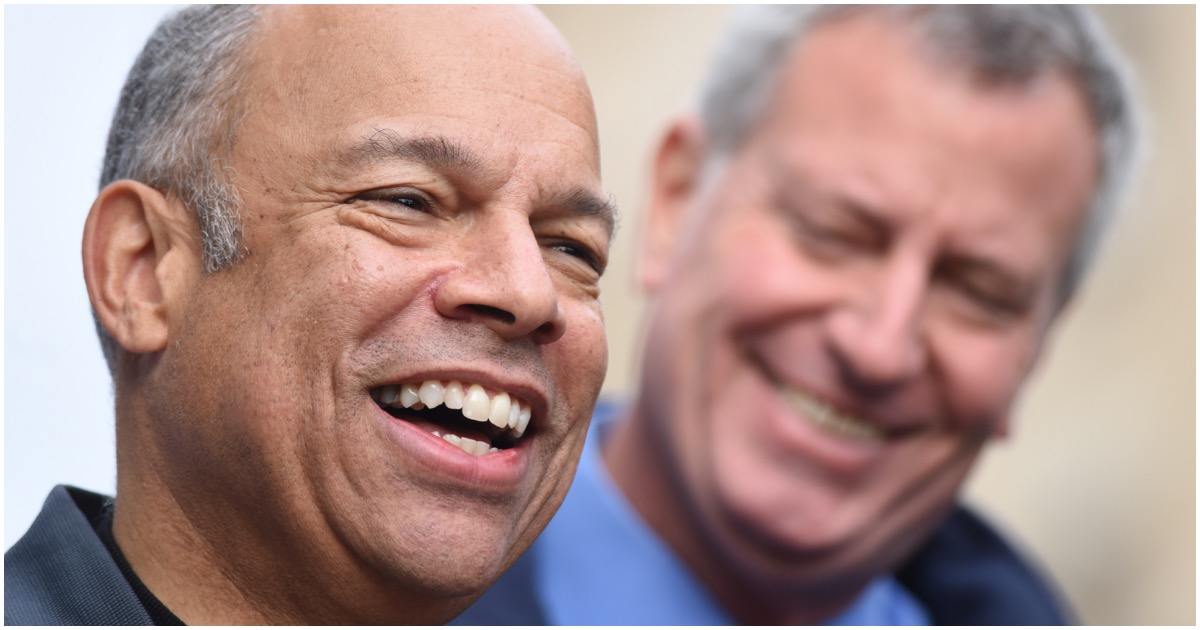 99 percent of Democrats don’t care that there’s a crisis at the southern border.

They know the more people they let into the country, the better chances they have to get re-elected.

President Trump is trying to do something about the problem but he’s forced to fight off Dems and even some members of his own party.

One Democrat who actually sees a problem used to be a cabinet member in the Obama administration.

President Barack Obama’s Department of Homeland Security secretary Jeh Johnson said “we are truly in a crisis” at the border during an appearance on MSNBC’s Morning Joe on Thursday.

“When I was in office in Kirstjen Nielsen’s job, at her desk, I’d get to work around 6:30 in the morning and there’d be my intelligence book sitting on my desk, the PDB, and also the apprehension numbers from the day before,” Johnson said. “And I’d look at them every morning, it’d be the first thing I’d look at. And I probably got too close to the problem, and my staff will tell you if it was under 1,000 apprehensions the day before that was a relatively good number, and if it was above 1,000 it was a relatively bad number, and I was gonna be in a bad mood the whole day.”

“On Tuesday, there were 4,000 apprehensions. I know that a thousand overwhelms the system. I cannot begin to imagine what 4,000 a day looks like, so we are truly in a crisis,” Johnson continued.

Trump has had it up to here with Mexico when it comes to immigration.

A massive cohort of prospective migrants dubbed the “mother of all caravans” is forming in Honduras, the federal interior secretary said today.

“We are aware that a new caravan is forming in Honduras that they’re calling the mother of all caravans . . . and which could be [made up of] more than 20,000 people,” Olga Sánchez Cordero said.

Without actually saying how will Mexico respond to it, Sánchez Cordero warned today about the “mother of all caravans” forming in Honduras https://t.co/GzzZZLWbHp

•”We cant have hundreds of thousands of migrants transiting through MX reaching the Northern border (with/US)”pic.twitter.com/iARXP1JNqw

@M_OlgaSCordero announces that MX will no longer give large numbers of humanitarian visas to migrants crossing through the country. Says MX will continue to give worker / tourist visas that keep migrants in southern Mexico and enforce migratory laws for those traveling north. https://t.co/lZRlKxBt7i

The Coronavirus is REAL Right – Or IS It???
February 26th, 2020 True Conservative Pundit