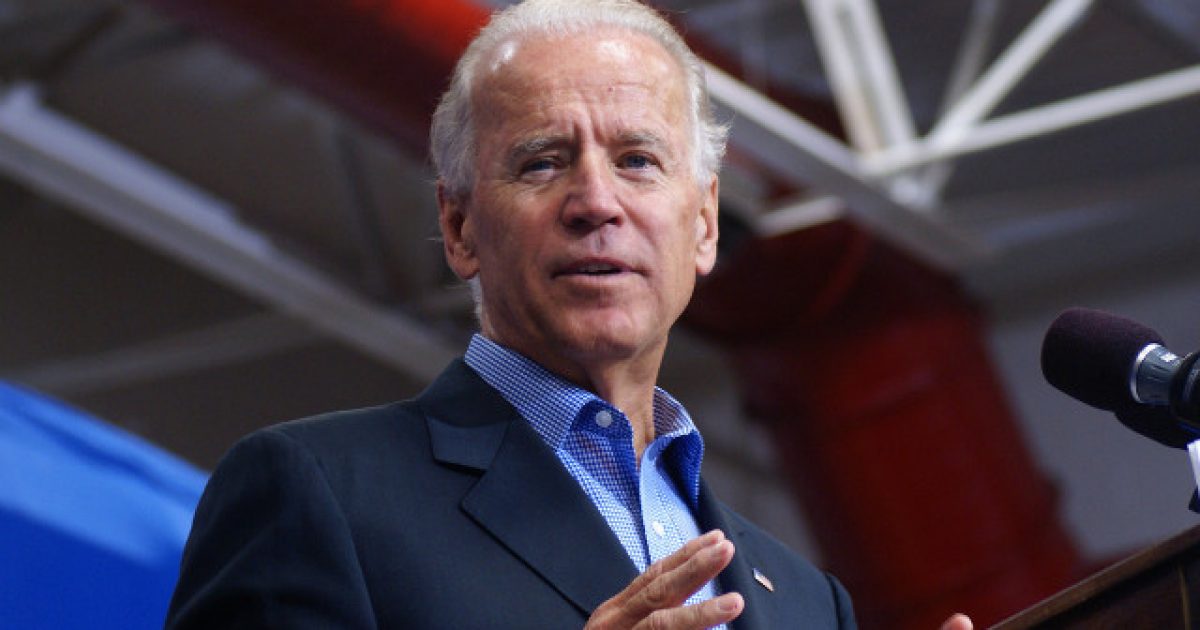 Former Vice President Joe Biden has launched a new initiative, and from the looks of things, it certainly appears the man is gearing up for a potential presidential run in 2020.

Things don’t really look all that good for someone who isn’t a “fresh face” according to polling information, but that doesn’t appear to be stopping Crazy Uncle Joe in the slightest.

A new initiative launched by the Biden Foundation has stirred up more conjecture that “Crazy Joe” believes he’s got what it takes to take down Trump. On Tuesday, Biden announced his new “As You Are” campaign, which promotes acceptance for LGBTQ youth.

“Stories have power,” the campaign’s website explains. “In the past decade, we’ve seen storytelling drive nationwide progress for LGBTQ equality. But far too many LGBTQ people—especially those under 25—still face rejection from the people closest to them. So we’re inviting you to help us change that. Share your story with us. Let’s work together to make the world better for LGBTQ young people. No matter your background, you deserve to be safe and affirmed #AsYouAre.”

“I’m so proud to announce the Biden Foundation has launched this campaign,” Biden said in a news release. “We’ll use our resources to highlight the harms of family rejection — and lift up research, best practices, and personal stories to powerfully show the significant value of family acceptance.” In a tweet, Biden said “LGBTQ young people should never have to face rejection from those who love them.”

Let’s be brutally honest for a moment here. If the Democratic Party were to once again influence its choice of candidate to run against Donald Trump in 2020 and they were to pick Joe Biden, it would be assured self-destruction. They might as well just hand Trump the presidency.

Democratic voters have made it clear they want fresh blood that is actually dedicated to the worldview they propose. Choosing someone as establishment as Biden would be a bad, bad move.

On top of that, Trump has already indicated Biden would be his dream opponent.

“Look, Joe Biden ran three times. He never got more than 1% and President Obama took him out of the garbage heap — and everybody was shocked that he did,” Trump told CBS Evening News in July. “I’d love to have it be Biden.”

Guess we’ll just have to wait and see whether or not Biden actually takes the plunge. Boy that would make for an interesting election year, wouldn’t it?