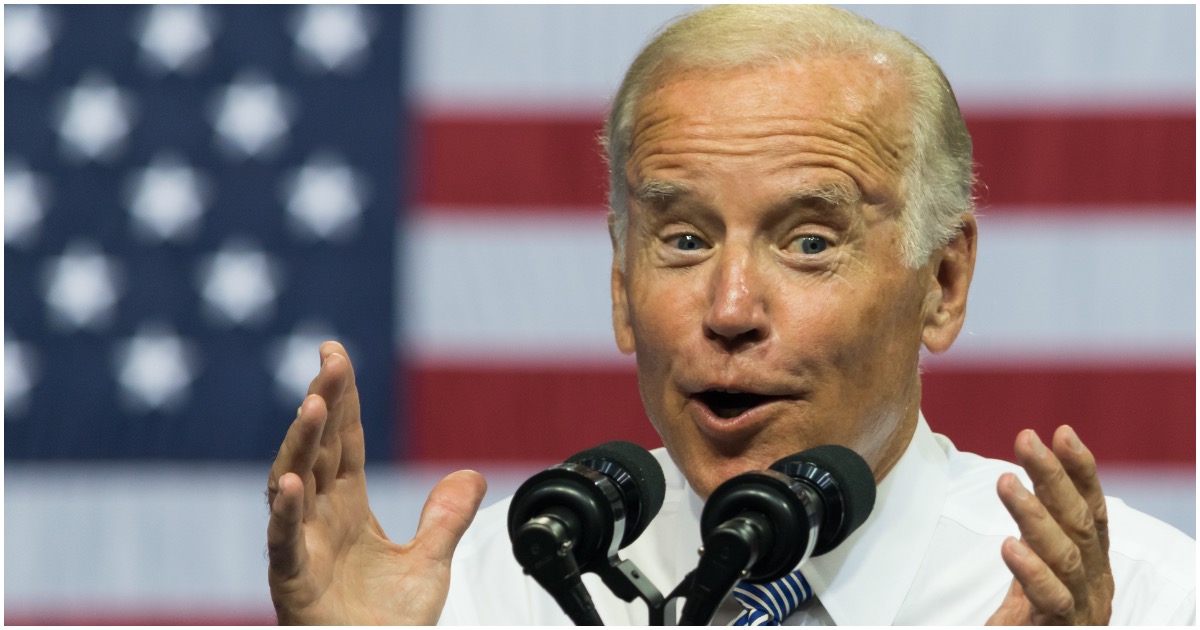 He thought he was in Miami, thanking the crowd.

“It’s great to be with you all. You know Bill, we have a rule back in Delaware that you all don’t have here in Miami, in Florida, that is,” the 75-year-old Biden said. “If you keep an audience standing more than 15 minutes, you lose them.”

Biden traveled to Florida in an effort to boost voter turnout for Florida Democrats, including Gillum and Nelson.

Gillum is facing a plethora of problems at the moment. For example, his brother is now under investigation for potential voter fraud.

According to Florida law, you must be a legal resident in Florida to vote in elections. Casting an illegal vote in Florida is a third-degree felony.

Andrew Gillum and his brother Marcus are close. Media reports indicate they have traveled together and attended sporting events together. Also, Marcus Gillum has been caught up in the FBI investigation involving possible corruption in Tallahassee, Florida.

But the trouble is, months before he cast that 2016 ballot in Florida, Marcus Gillum, in an affidavit for an unrelated court case, swore under oath he was a resident of Chicago.

Also, according to records, Marcus Gillum is still currently registered to vote in Leon County at a home that his brother, gubernatorial candidate Andrew Gillum, sold over three years ago. The Leon County Property Appraiser indicates that Andrew Gillum sold 5325 St. Ives Lane on February 27th, 2015.

The project, which claims to be compatible with common core, pushes “rebellion” and educates students on the PFLP’s goal, which is posted on Dream Defenders stationary and quite literally calls for “the destruction of the Zionist state.”

The PFLP is designated by the U.S. State Department as a foreign terrorist organization. As a secular Palestinian Marxist-Leninist terrorist group, the PFLP is responsible for scores of deadly suicide bombings, shooting attacks and airplane hijackings in which Israelis were murdered in cold blood.

Gillum has evidenced a close personal and professional relationship with Dream Defenders. He has talked about aiding the group’s activism and written in strong support of Dream Defenders and its co-founder, Phillip Agnew. In turn, Agnew himself recently described a long and close working and personal relationship with Gillum and said he considers Gillum to be “part of the movement.”

Gillum has also been under fire in recent days after it emerged that he signed Dream Defenders’ “Freedom Papers,” which espouse socialist ideology and exclaim that “police and prisons have no place in ‘justice.’”

Meanwhile, the Dream Defenders education project in question, according to the Gillum-linked group’s literature, spotlights “revolutionary organizations” from around the world in an effort to “highlight their elements of rebellion.”