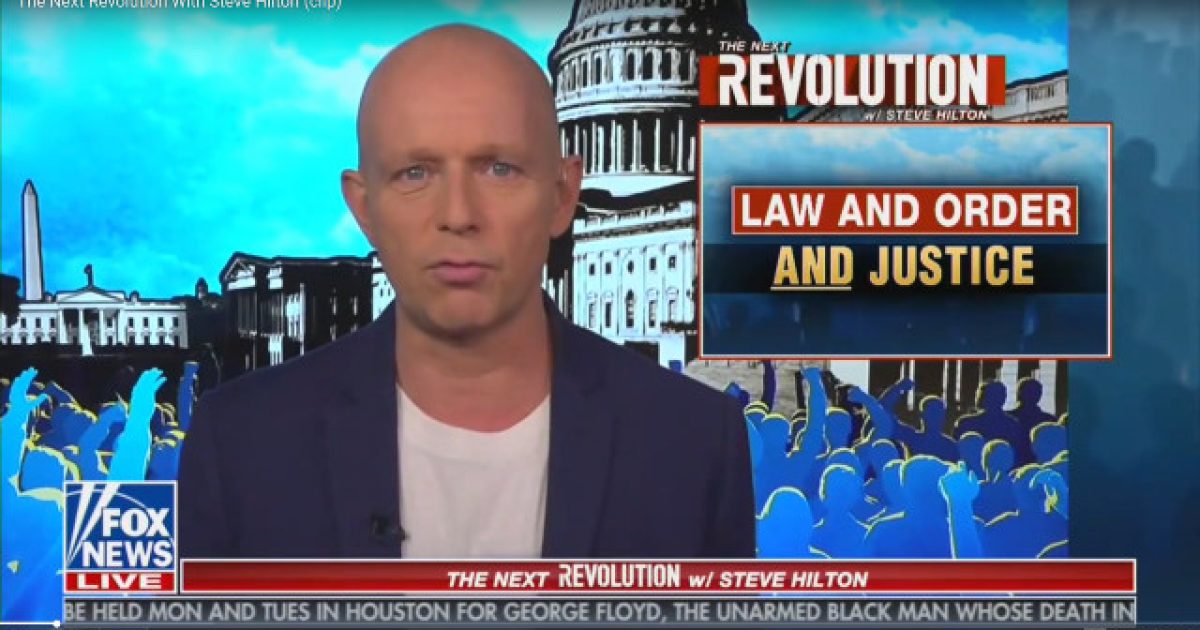 Fox News host Steve Hilton delivered a rather controversial opinion on national television by suggesting that our nation is in desperate need of police policy reform, and noted that we cannot ignore the protesters and their desire to be heard.

Hilton kicked off his show on Sunday by putting forth an argument that George Floyd’s death has served the purpose of unifying the country in disgust, however the following protests have further divided folks.

“What most protesters are advocating for, an end to excessive police force and systemic racism, that is justified, and precisely because of the unity over George Floyd’s murder, it felt like positive change might happen,” Hilton said on the program.

Hilton went on to say that “peaceful righteous protest was co-opted” and “exploited,” which caused folks who were merging together to once again retreat back into their tribal camps. The Fox News host also stated defunding police was not a viable solution to the problem.

“To solve problems, you need the hard, painstaking work of actual policy change. And let’s be honest, that work needs to be done,” he argued. “We cannot just dismiss what we’re seeing as the antics of some Brooklyn radicals. You’re seeing peaceful protests across the country in red states as well as blue states, in small towns as well as big cities, all ages, races, and backgrounds. Police officers themselves want change.”

Protests have popped up across the country over the last two weeks in response to Floyd, a 46-year-old black man, dying on Memorial Day after a white Minneapolis police officer knelt on his neck for nearly nine minutes despite his pleas for air.

Derek Chauvin, the man who put his knee on the neck of George Floyd and is directly responsible for his death, was booted from the department and has been charged with second-degree murder and second-degree manslaughter. The other three law enforcement officers involved in Floyd’s death have also been fired and subsequently charged with aiding and abetting murder.

ICYMI: 50 ATM’s Blown Up With Dynamite In Philly, One Rioter Accidentally Blows Self Up