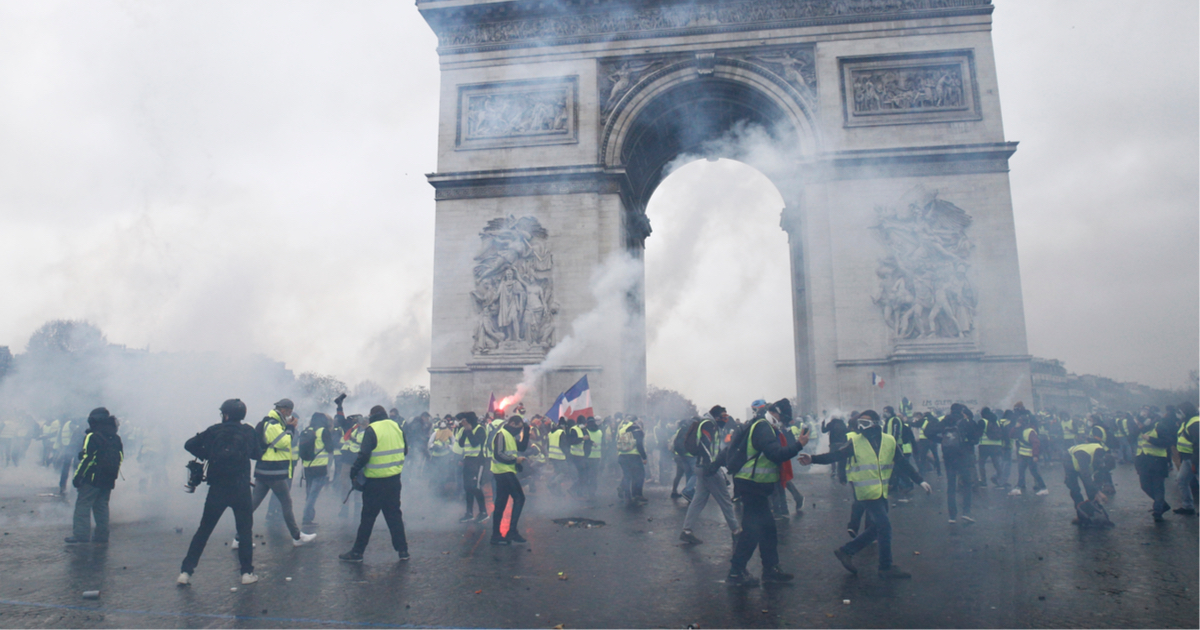 Paris is on fire, quite literally, as French President Emmanuel Macron faces a possible coup over his latest plan for extra taxation on fuel.

Even though Macron is apparently buckled, at least in part regarding the fuel tax hike, his earlier reticence to budge allowed protesters to tack further offenses onto the immensely unpopular President.  At the time of this writing, Macron is suffering with an 18% approval rating, bolstering fears that this is more coup than protest.

The “yellow vest” protesters are planning to engage in something called “Act IV” of their action this weekend, prompting Macron to act desperately.

The Élysée Palace, seat of President Emmanuel Macron, announced to French media they are expecting “great violence” on Saturday as Yellow Vest protestors have announced “Act IV” of their nearly four-week-long protest against the Macron regime that was initially sparked by a rise in fuel taxes, franceinfo reports.

According to the Élysée, they expect “a hard core of several thousand people” to arrive in Paris on Saturday with the intent to “break and kill.”

Here’s where it gets really scary.

The government is taking the situation so seriously that they have ordered a general mobilisation of every police officer nationwide for Saturday including doubling the number of officers in Paris.

Rumours had also circulated on social media of the possibility that Macron has ordered the French military to be present in Paris on Saturday with some posting images and videos of what appear to be armoured personnel carriers being pre-deployed. The planned presence of armoured vehicles, a first since 2005, was later confirmed by the government.

As of this moment, the demands of the Yellow Vest protesters have certainly not been met, but that’s not for a lack of effort on the part of the capitulatory Macron.
Due to the coming violence, the Eiffel Tower will be closed to visitors…an ominous sign of the severity of the situation.