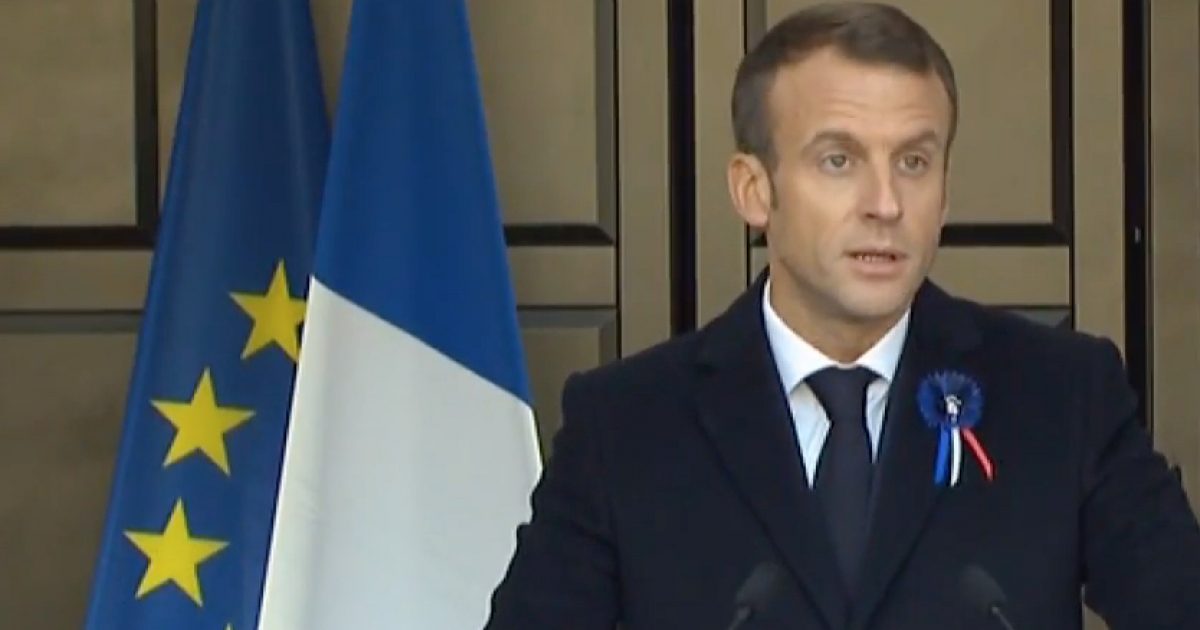 US President Donald Trump has long been bothered by the lopsided and overtly negative coverage that he receives in the press.

This was also the case before Trump was President, at a time when he was a controversial real estate mogul and media darling who eventually became a reality television star.  Trump has always been at the forefront of his own image; a self-made man who is unafraid to exude precisely that sentiment.  This has had him involved in innumerable spats and clashes throughout his career, both as a private businessman and as the President.

Today, however, we may have reached a new threshold in the intentional fear mongering surrounding the US President, with authorities in France sounding a doozy of an alarm.

French President Emmanuel Macron has reiterated calls for a European Union army, this time saying that it is needed to protect the bloc from China, Russia, and even the United States.

The progressive leader, a proponent of greater EU federalisation which will result in the reduction in sovereignty for European nations, told Europe 1 Monday night that the bloc needs a “real European army”.

“We have to protect ourselves with respect to China, Russia and even the United States of America,” Macron said, according to Agence France-Presse.

“When I see President Trump announcing that he’s quitting a major disarmament treaty which was formed after the 1980s euro-missile crisis that hit Europe, who is the main victim? Europe and its security,” he said.

Calling Donald Trump a scoundrel is one thing, but accusing him of being a future conqueror of the European continent is something else entirely.

VIDEO: Lindsey Graham Drops Hopeful Comments About the Status of the GOP in America