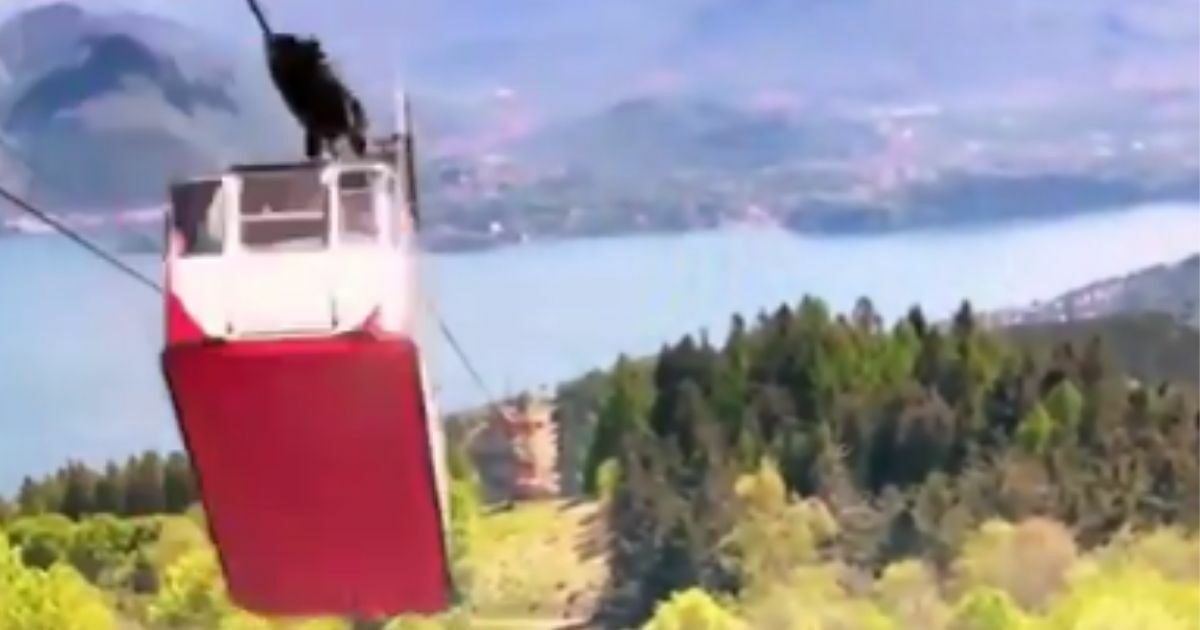 Roughly twenty seconds of terror ended in horrific tragedy as the cable moving a gondola with 15 people above the Italian Alps snapped, causing the cable car to rocket back down the wire, smash into a pylon and dump everyone onto the rocks below.

There was only one survivor — a 5-year-old child.

It was estimated that the cable car reached a speed of 60 miles per hour before crashing and plummeting down.

The disaster took place on May 23, near the summit of the Stresa-Mottarone line in the Piedmont region of Italy.

It was brought back into the public eye when Italian public broadcaster Rai 3 released video of the disaster.

WARNING: The following video contains graphic content that some viewers will find disturbing.

Rai 3’s decision was criticized by the head of the public broadcaster, Marcello Foa.

Foa said he had “always respected the editorial choices of the directors and I have always refrained from commenting on them publicly, but as president of Rai in this case I cannot remain silent,” according to the BBC.

“It is a duty for the public service, in circumstances like this, to carefully evaluate all the implications, starting with the ethical ones and respect for the victims and their families,” he added.

An investigation was immediately opened to focus on the emergency brake, according to the BBC.

“Prosecutors say the emergency brake, which could have prevented the accident, had been intentionally disabled. The car reversed at over 100km/h (62mph) on a support cable, passing a support pylon and then plummeting to the ground and rolling down the mountain,” the outlet reported.

Three men connected to Ferrovie Mottarone, which manages the cableway, were quickly arrested in connection to the accident — Luigi Nerini, 56, Gabriele Tadini, 63 and Enrico Perocchio, 51, according to the New York Post.

“A technician has admitted installing a fork-shaped bracket to deactivate the emergency brake, which had reportedly been malfunctioning, earlier this year,” according to the BBC.

An expert examining footage taken years ago indicated that the brake was disabled at least as early as 2014, if not before, although that has not been confirmed.

While authorities believe the emergency brake was intentionally disabled, a motive behind the alleged act was not immediately made clear. 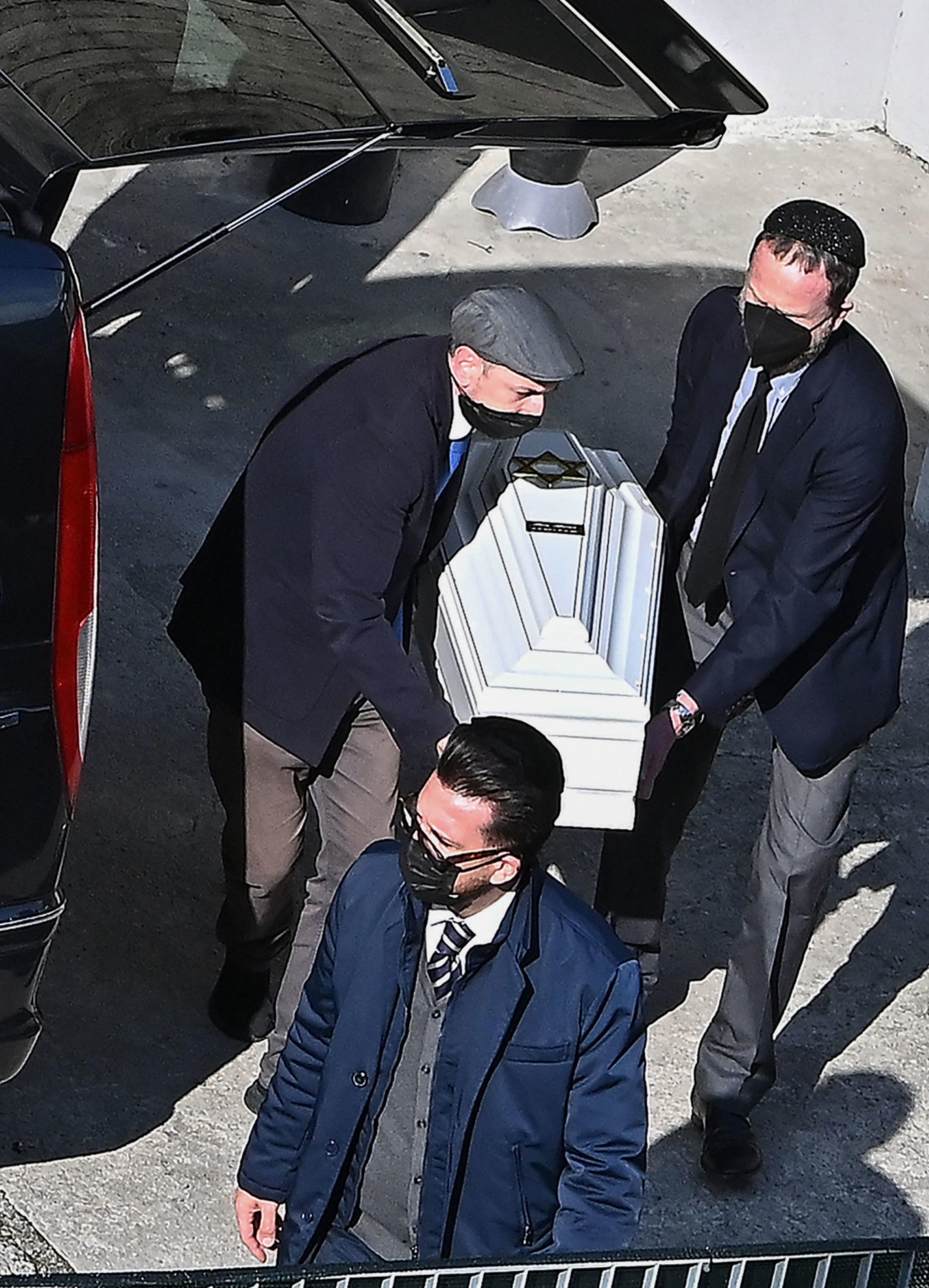 A photo obtained from Italian news agency Ansa and taken on May 26, 2021, outside the morgue of the Castelli hospital of Verbania-Pallanza on Lake Maggiore, shows people carrying the coffin of one of the Israeli victims of the cable car crash that occurred in nearby Stresa on May 23. (Stringer – ANSA – AFP / Getty Images)

The sole survivor — Eitan Biran, 5 — was saved only because his father, Amit, wrapped him up in his arms as the gondola plummeted, a hospital spokesperson told Israeli media, adding that he is suffering from post-traumatic amnesia.

Many of the child’s immediate and extended family also perished: his parents, Amit Biran, 30, and Tal Peleg-Biran, 26; his brother, Tom, 2; and his great-grandparents, Barbara and Yitzhak Cohen, 71 and 81, respectively.

The last time such a tragedy occurred in Italy was in 1998, when a U.S. military plane flew too close to the ground and clipped a cable car line, causing 20 people to plummet to their death, The Guardian reported.

Teen Sets Out to Mow Lawns of 50 Veterans for Free in Honor of Late Grandfather: 'He Taught Me'