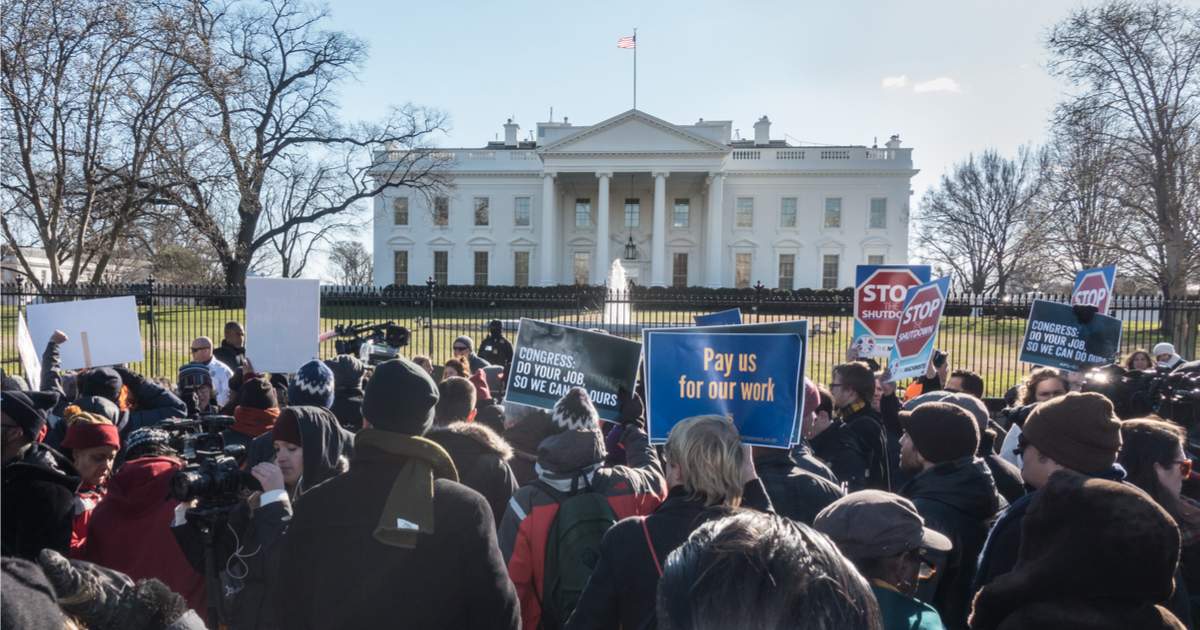 Americans are becoming increasingly disenfranchised with the asinine behavior of our elected officials, and a breaking point seems to be in the offing.

The partial government shutdown that we are currently navigating is undoubtedly sending us in the direction of civil unrest, as nearly a million government workers are being asked to continue toiling away at their jobs despite their net-zero paychecks.

This has led to massive callouts at the TSA, the suspension of routine food inspections by the FDA, and a general sense of anger and lament among We The People.  The Washington fat cats are too proud to compromise, and the working class Americans who are affected by this sinful pride have reached a tipping point.

It’s the ruling class versus the working class on the streets of DC this weekend as protesters take their gripes to Pennsylvania Avenue.

Hundreds of furloughed government workers and contractors descended on the White House on Thursday to plead to be allowed to return to work.

Holding signs such as “Stop the war on workers” and “We want work, not walls,” the protesters assembled in the bitter cold outside of AFL-CIO union headquarters before making their way to 1600 Pennsylvania Avenue.

The anger was palpable.

“I’d like the shutdown to end. I’d like to go back to my job,” said Matthew Chrichton, a 32-year-old staffer for the Peace Corps, adding that he’d moved to Washington for his job four months ago and “living in DC is expensive.”

“I have rent to pay,” he said. “I have bills I need to pay. I want to go to work, and I can’t because they can’t figure out how to fund the government.”

The action comes after weeks of populists uprisings in France, in which the French people have railed against their own government’s lack of care for the people of that nation.

If the American government shutdown doesn’t end soon, there is little doubt that scenes similar to those we’ve witnessed in Paris could be on the horizon.

Another Honduran Migrant Caravan Has Formed, Headed Straight to U.S.