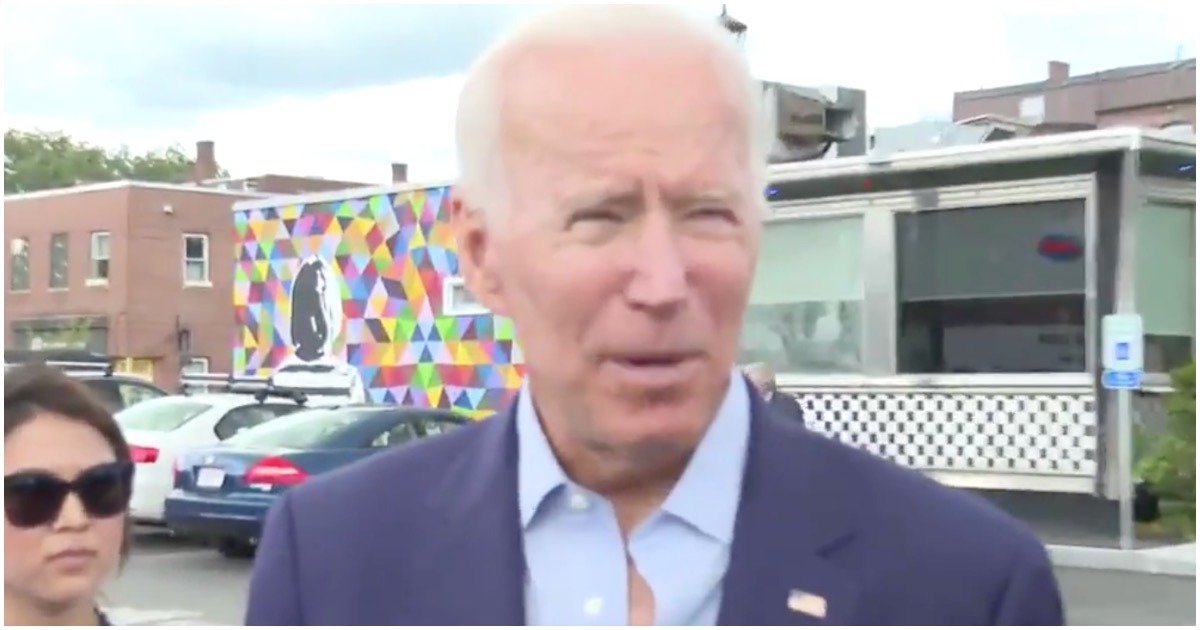 If a person continually errs on the simplest of things, how much longer can we keep calling it a “gaffe?”

When will the mainstream media begin to finally question Joe Biden’s mental state, because, dude, come on!

While in New Hampshire, Biden boasted of Vermont’s beauty.

It was pretty funny. But it’s also pretty sad.

At some point, the media is going to have to stop calling this “gaffes”

At some point, the media is going to have to stop calling this "gaffes" https://t.co/Dhno1WN2rU

Damn, time to set the Biden gaffe clock back to 0 days.

How many days in a row have we reset this clock?

Damn, time to set the Biden gaffe clock back to 0 days.

How many days in a row have we reset this clock?

It’s awful whoever is pushing him to run

It's awful whoever is pushing him to run

The dude is trying to throw the primary.

The dude is trying to throw the primary.

What was that button for again… pic.twitter.com/rv3caiojoS

Trump Did All He Could to Help Free Detained Rapper From Swedish Jail, Now He’s Being Ignored