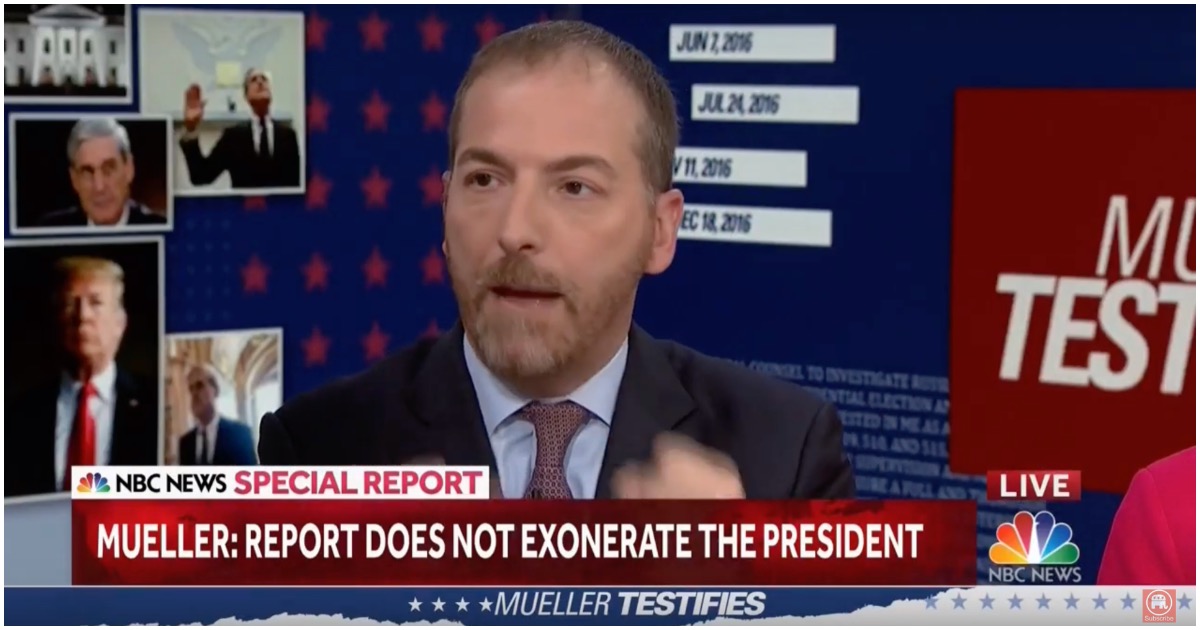 Even hosts at radically far-left MSNBC didn’t think the former Special Counsel did anything to benefit the Democrat point of view.

And then President Trump weighed in:

I would like to thank the Democrats for holding this morning’s hearing. Now, after 3 hours, Robert Mueller has to subject himself to #ShiftySchiff – an Embarrassment to our Country!

I would like to thank the Democrats for holding this morning’s hearing. Now, after 3 hours, Robert Mueller has to subject himself to #ShiftySchiff – an Embarrassment to our Country!

President Trump slammed former Special Counsel Robert Mueller’s testimonies before two House committees on Wednesday afternoon, saying he “did a horrible job both today and with respect to the investigation,” but “in all fairness to him he had nothing to work with.”

Trump called to “investigate the investigators,” reiterating his sentiments that Mueller’s Russia investigation that spanned over two years was a “ridiculous hoax” and a “witch hunt that’s been going on for a long time.”

During his testimony, Mueller denied Trump’s assertions that the investigation was a “witch hunt” and insinuated that the Trump campaign welcomed Russian aid to help them win the 2016 election.

Minnesota Senator Amy Klobuchar figures to be one of the first Democrat presidential candidates to drop from the race.

On Sunday afternoon, Amy dropped a truth bomb about the Mueller report that her fellow Dems probably did not appreciate.

Sen. Amy Klobuchar speaks in Des Moines, Iowa: "I have gotten more questions about addiction and mental illness than I have about the Mueller report. True story." pic.twitter.com/U2FYUNhCb5

The American people are done with Robert Mueller, Russia, and Democrat nonsense.

They want to talk about issues that actually matter, not made-up fairytales as to why Hillary Clintton lost in 2016.

Related Topics:CongressdemocratsFeaturedMSNBCRobert Mueller
Up Next

Jeffrey Epstein Found In Fetal Position In Jail Cell, May Have Attempted Suicide