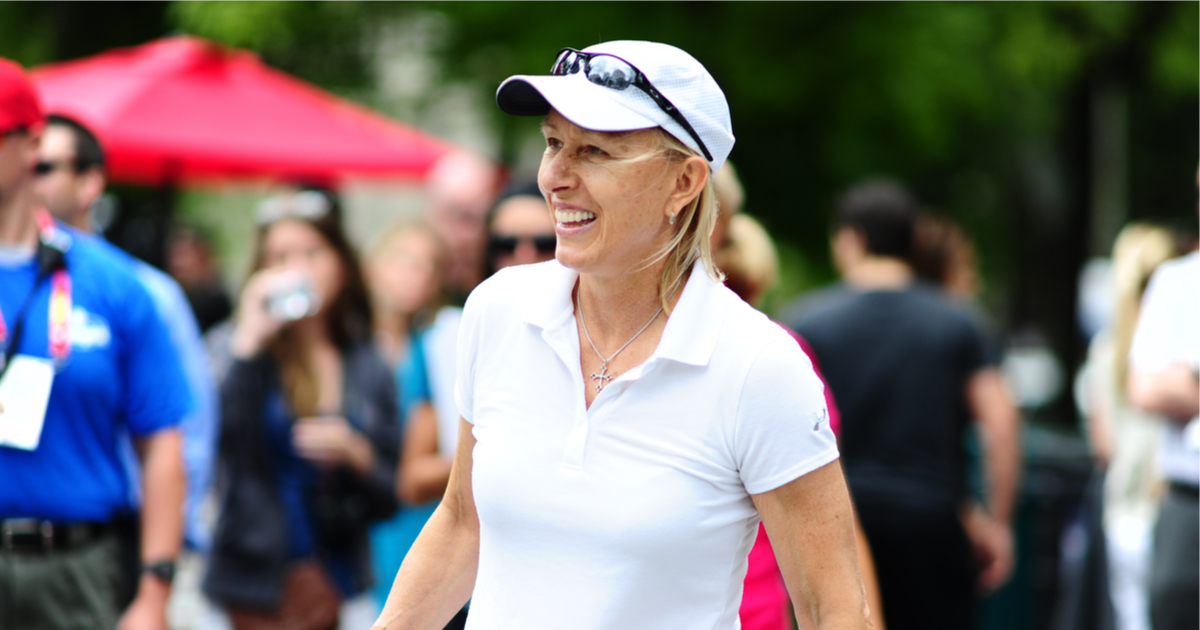 On Sunday, tennis legend Martina Navratilova came out 100 percent against allowing men who claim to be transgender to compete against natural-born women. By Monday, a gay sports group she belonged to expelled her over her remarks.

On Sunday, the 62-year-old tennis star formally discussed her feelings against transgender athletes being allowed acceptance under their chosen gender, calling the idea that men can compete as women “insane” and “cheating.” But her candor and considered opinion were too much for the gay advocacy group, Athlete Ally.

Athlete Ally released a statement Tuesday accusing Navratilova of being “transphobic” and adding that she “has been removed from our Advisory Board and as an Athlete Ally Ambassador, effective immediately.”

Navratilova’s recent comments are transphobic, based on a false data, and perpetuate dangerous myths that lead to the ongoing targeting of trans people. She has been removed from our Advisory Board and as an Athlete Ally Ambassador, effective immediately. https://t.co/A1taa40ihv

The group continued saying, “as an organization committed to eradicating root causes of homophobia and transphobia in and through sports, we are deeply troubled by the misinformation and stigma she is perpetuating and hope that the correct information is disseminated.”

The advocacy group also accused the tennis legend of making statements “based on false data.”

For instance, the group took issue with Navratilova’s characterization of men who “decide to be female.”

“Navratilova referred to trans women as men who ‘decide to be female,’ and that to allow them to compete with women is ‘cheating and unfair.’ First of all, trans women are women, period. They did not decide their gender identity any more than someone decides to be gay, or to have blue eyes,” Athlete Ally wrote in its statement.

The group also insisted that there is “no evidence at all that the average trans woman is any bigger, stronger, or faster than the average cisgender woman.”