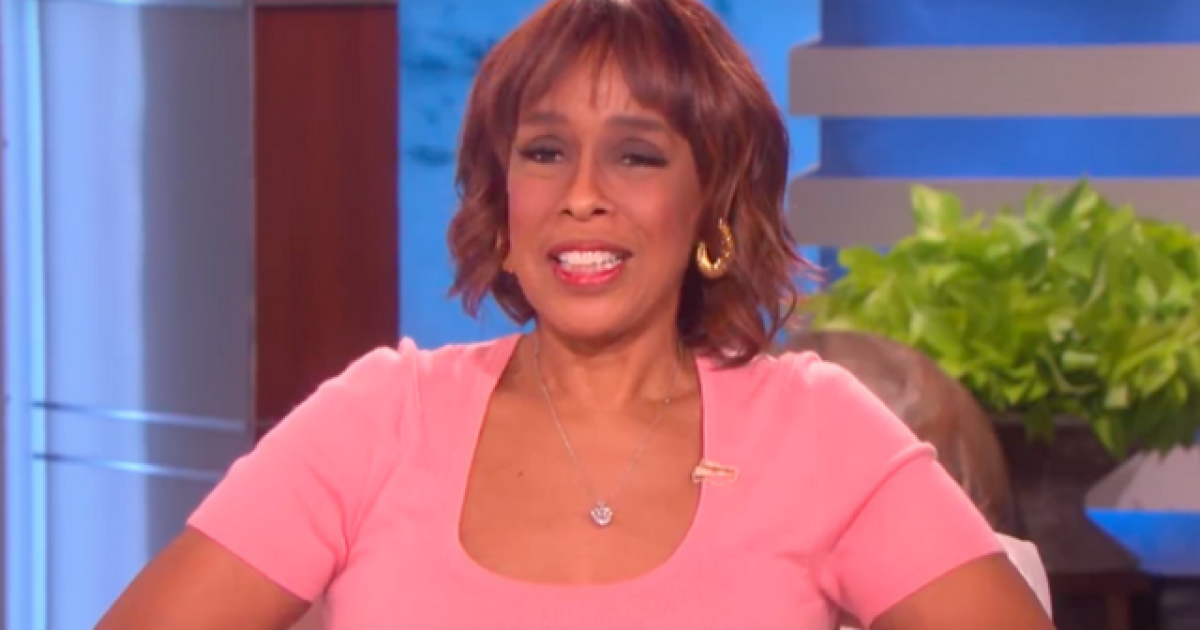 The #MeToo movement became a parody of itself almost before it began.

As soon as the hashtag caught fire on Twitter and got slapped on to everything from an inappropriate joke at work to downright rape, it became a symbol of everything wrong with third-wave feminism and how tone-deaf the left is to issues of sexual morality.

So it was refreshing to hear that CBS anchor Gayle King has plainly declared what we all needed to hear: due process is conspicuously lacking from the conversation about sexual abuse and women in the workplace.

King got thrust into the center of the chatter when #MeToo and #TimesUp first began to emerge after her former co-host, Charlie Rose was hit with multiple sexual harassment accusations.

Refreshingly, King does not hold Rose’s behavior towards women against all men, as she shared with the New York Times this week.

“No. I am not worried about people misinterpreting what I say,” she said when asked if the experienced has changed her relationship with male colleagues. “I don’t want to turn myself into a pretzel trying to figure it out. You know when something is inappropriate. Listen, if it’s not something you would say or do in front of your wife or your mother or your sister, that’s a really good guideline.”

She was also urged to comment on whether or not Rose should have been replaced by a woman instead of a man, because #equality, to which she gave yet another shockingly refreshing answer:

“There are a lot of men in the world; I think it’s good to have one at the table. I really advocated bringing in another man. Could Norah and I have done it? Yep, but I’m glad that wasn’t the decision that was made.”

Imagine that! A man’s voice can be just as valuable as a woman’s. We are actually at the point where this needs to be said.

Finally, she made her most profound and important observation yet about #MeToo feminism, expressing concern over the “hang ’em high” aspect of the culture.

“I do worry about that, because I think when a woman makes an accusation, the man instantly gets the death penalty,” she said. “There has to be some sort of due process here. All of these inappropriate behaviors are not all the same.”

If you are familiar with the all-men-are-rapists school of thought, this is known as “victim shaming,” and no doubt there are radical feminists out there tearing their pink hair out over comments like this.

But the truth is, while King seems to clearly be pretty left-leaning, she’s speaking for more Americans than the loudest social justice keyboard warriors want you to believe.

No matter what side of the political aisle a person is on, they should be able to distinguish between due process and a witch hunt. But the #MeToo movement has dangerously blurred the lines between slightly uncouth behavior that is often perfectly acceptable for a man to do in our current culture if a woman is attracted to him, and downright violent rape.

This fatal error not only places men who are far from predatory in the same category of those who are legitimately worth of receiving the death penality, it also turns actual sexual assault victims into the girl who cried wolf.

And that is truly the most tragic aspect of all about the misguided #MeToo culture.

UH OH: Liberals Turning on Progressive Icon George Soros, Giving Him Taste of His Own Medicine