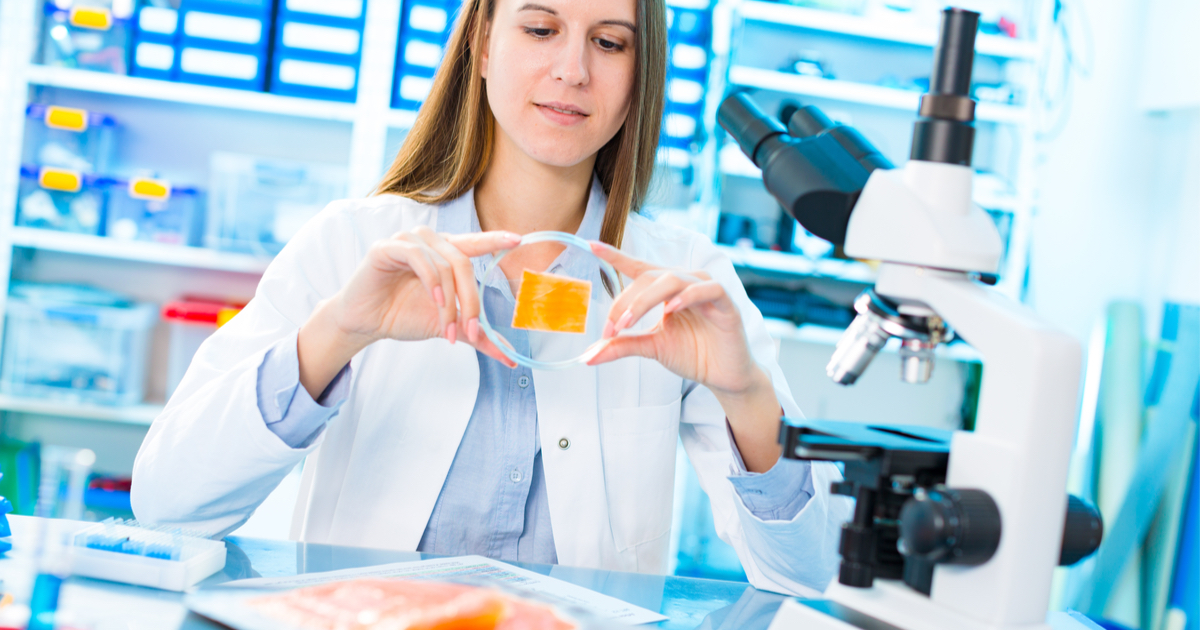 Despite the serious medical and ethical concerns of eating genetically modified foods, corporations the world over are pressing forward with their wild experiments…and succeeding.

The first real taste of GMO’s that many Americans experienced were stealthy, thanks to the greed of internationally-despised agriculture giant Monsanto.

The company, who supplies a majority of the nation’s farmers with the seeds needed for their crops, began genetically altering those seeds to produce infertile offspring.  This meant that farmers would no longer be able to harvest their seeds for the next season, and would be forced to purchase more from Monsanto.

Farmers caught storing their old seeds would also be penalized by Monsanto via a fine-print regulation in their mandatory contracts with the enormous corporation.

Outside of Monsanto, protein producers are now facing ethical and medical concerns regarding their own genetically modified products.

The latest battlefield in this fight are salmon hatcheries.

AquaBounty Technologies, a Massachusetts-based biotechnology company, altered the genetic makeup of the Atlantic salmon to include a gene from chinook salmon and DNA sequence from an eel-like species known as an ocean pout. The result is a salmon that grows to market size about twice as fast as its natural counterpart.

The company, which already breeds the salmon in Canada, expects its first batch of bioengineered eggs to arrive at its indoor facility in Albany, Ind., Wednesday, and the first salmon fillets raised there could appear in U.S. supermarkets in late 2020. AquaBounty’s decision to raise the salmon in Indiana is a landmark moment for the Midwest, a region known globally for its agricultural prowess but one where land-based fish farming operations have struggled mightily to become profitable.

Not everyone is on board:

“This is purely a commercial decision to make the fish grow faster,” said Megan Westgate, executive director of The Non-GMO Project, a Washington state-based nonprofit. ” They’ve succeeded in proving that desired trait. But there’s no benefit to the consumer or the environment. I think that’s why a lot of average people would rather eat salmon as nature intended.”

In their limited lifetime, GMO foods have yet to produce any verifiable negative results to human health, but experts are concerned that the small sample size has allowed these foods to become available before we have any real idea about their longterm effects.

Ilhan Omar’s Tweet About Latinos BACKFIRES, Deletes After Getting Called Out for Racism