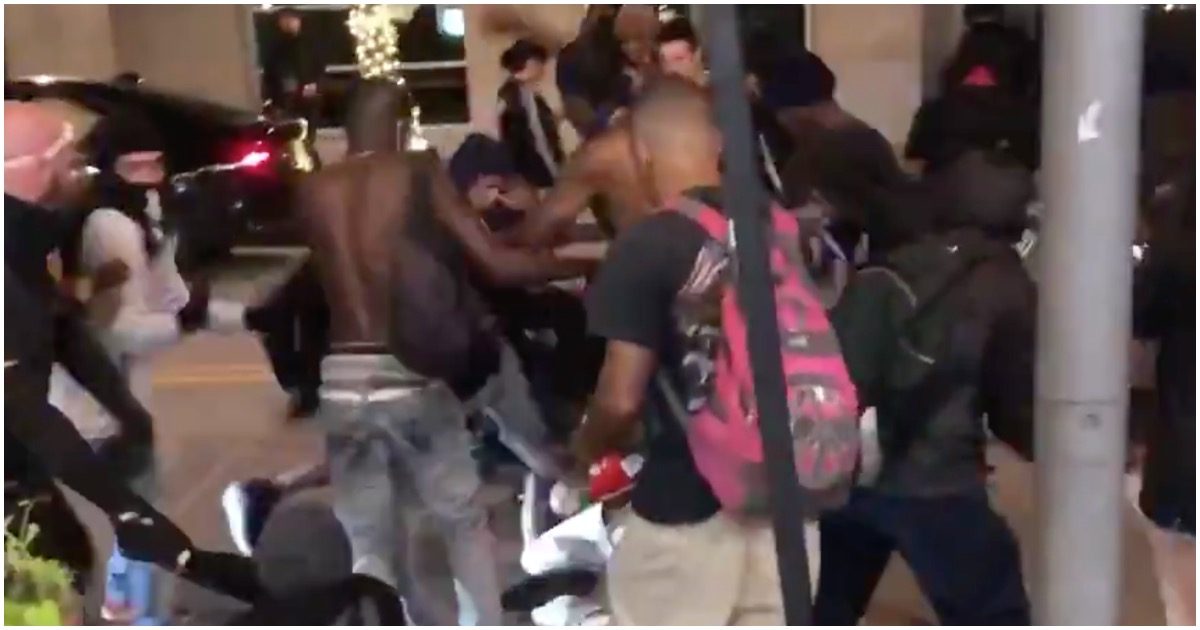 What sense does it make to beat up on people who had nothing to do with a particular incident? These George Floyd rioters and looters are nothing but bullies who want attention.

They’re bored. They weren’t given enough attention as children – or maybe too much. And now, innocent Americans are paying the price.

On Saturday, the mayor of Nashville invited protesters to join him at city hall. What happened next was a complete disgrace.

I urge all of my colleagues in the Metro Council to join me at today's “I Will Breathe” rally. This is an especially critical time for all of us, as Metro’s leaders, to show up and listen to Black voices speaking out from across Davidson County. pic.twitter.com/6PToIvbW6y

@realDonaldTrump Nashville downtown is under attack.Our liberal mayor Cooper is allowing our court house to be burned.Police cars to be destroyed.THIS MUST STOP.
!OUR NATION GUARD NEEDS TO BE DEPLOYED!!!! pic.twitter.com/oyLQu8EC26

In Dallas, a business owner was severely beaten by wild thugs simply for protecting his shop.

Looters ran at him, then he charged rioters

I called an Ambulance and it’s on the way pic.twitter.com/kFxl3kjsBC

It’s getting too risky out here

Ive never said this at a protest

This is a riot

Police are nowhere to be seen

Destroying everything they can

The city of Dallas mourns as it falls apart tonight pic.twitter.com/4fIICUCtoj

Here is the critically injured man being tender to by volunteer medics pic.twitter.com/Jxahufu66B