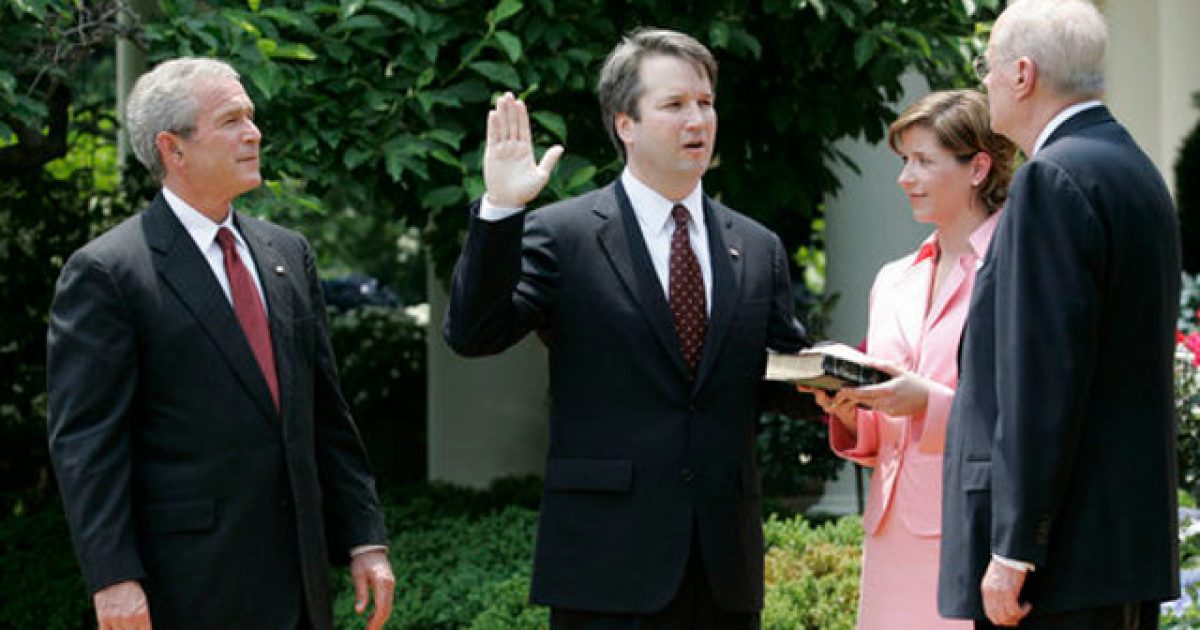 Former President George W. Bush released a statement on Tuesday regarding Supreme Court nominee Brett Kavanaugh, who is currently the target of a smear campaign by liberals who are desperate to keep him off the bench.

Kavanaugh has been accused by a woman of sexual assault, an incident that allegedly happened 35 years ago. Thus far, Kavanaugh has denied the allegations and has stated he’s willing to testify on the matter, though the accuser has refused to appear before Congress, demanding a second FBI investigation.

Kavanaugh previously worked for Bush during his infamous campaign in Florida when “hanging chads” became all the rage in water cooler conversation. Later, he joined Bush’s administration as White House Staff Secretary.

Laura and I have known and respected Brett Kavanaugh for decades, and we stand by our comments the night Judge Kavanaugh was nominated: “He is a fine husband, father, and friend — and a man of the highest integrity. He will make a superb Justice of the Supreme Court of the United States.”

Bush nominated Kavanaugh to the Court of Appeals in 2003. His confirmation hearings took three years; he was finally confirmed to the D.C. Circuit in May 2006.

The day President Trump nominated Kavanaugh for the Supreme Court, he called Bush. Bush’s spokesperson told CNN, “They spoke, and President Bush appreciated the call and congratulated him on the outstanding choice.”

It’s certainly helpful to have the seal of approval of someone like Bush who has a well respected reputation in Republican circles and even with some folks on the left. He’s an excellent judge of character, so if he says Kavanaugh is a good man, and he’s known him a long time, we can probably trust his judgment.

Let’s hope that Congress is able to get to the bottom of these allegations and bring them to an end sooner rather than later.

Student Asks Professor for Letter to Study Abroad in Israel. The Professor’s Response is Coming Under Fire.

Sen. Graham Has a Sobering Reminder About Kavanaugh Accusations