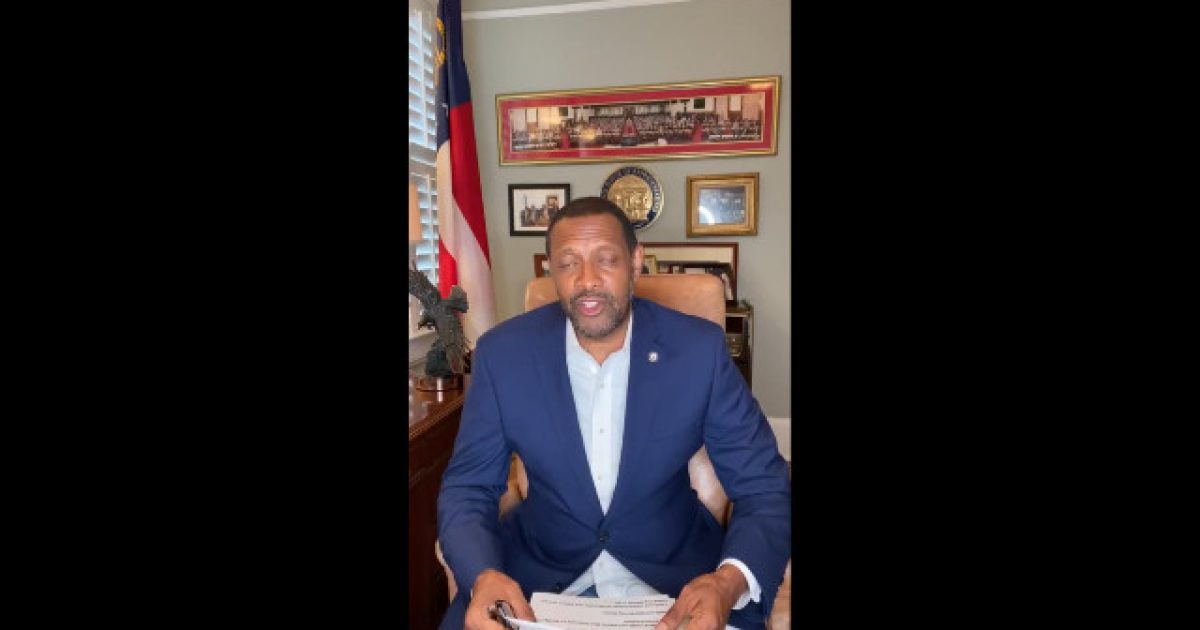 Finding a Democrat serving in any capacity in any government anywhere in the country is about as rare as finding a unicorn, however, it seems that one such individual exists in the state of Georgia and rather than stepping down from his post after supporting the president, he’s decided to stick around thanks to the outcry of support he’s received from citizens of the state.

Rep. Vernon Jones announced that he supported President Trump on April 14, indicating that it is the commander-in-chief’s “handling of the economy, his support for historically black colleges, and his criminal justice initiatives” as the reason for backing him.

As you might imagine, Jones immediately received backlash from other Democrats in the state who vowed to take revenge on him for openly making such a move. In the wake of the threats, Jones had planned to step down, but then people supported him and he’s now decided against that course of action.

“Because [of] what you did for me, I am going to remain on the battlefield. I am going to complete my term. I am going to continue to put my country before my party, and I’m going to do everything I can to help Donald J. Trump get reelected,” Jones said in a video posted on social media, explaining that his decision was made after discussing it with his family and supporters.

The tweet included #MAGA, which is the acronym for Trump’s 2016 campaign motto: “Make America Great Again.”

Yesterday, I announced my intentions to resign from my office. But shortly thereafter, the outpour of support I received was too great for me to ignore.

I will not allow the Democrats to bully me into submission. I will not let them win.

I will NOT resign. #MAGA pic.twitter.com/gR2MsU5Rb3

“Little did I know that I would receive such [a] barrage of attacks and name-calling by the far Left in the Democratic Party,” Jones said. “Yesterday, I had announced that I would not be completing my term, but then, when I started receiving the overwhelming amount of support, and outcry from the people that I represent in House District 91 … that was emotional, and that was motivational.”

Jones represents one of the most Democratic districts in Georgia and has held his seat, representing parts of DeKalb and Rockdale counties in the suburbs of Atlanta, since 2017.

Isn’t it sad that a black person, a Democrat no less, cannot express a difference of opinion within his own ranks and back the president without receiving threats? This from the party that claims to be all about equality and tolerance. Guess that stuff only counts when you are part of their borg collective.

Groupthink is the order of the day for modern progressives and they are pretty strict about making sure folks adhere to the talking points. Glad that Jones is sticking around.

Oklahoma Governor Announces Which Businesses Will Begin To Reopen Friday