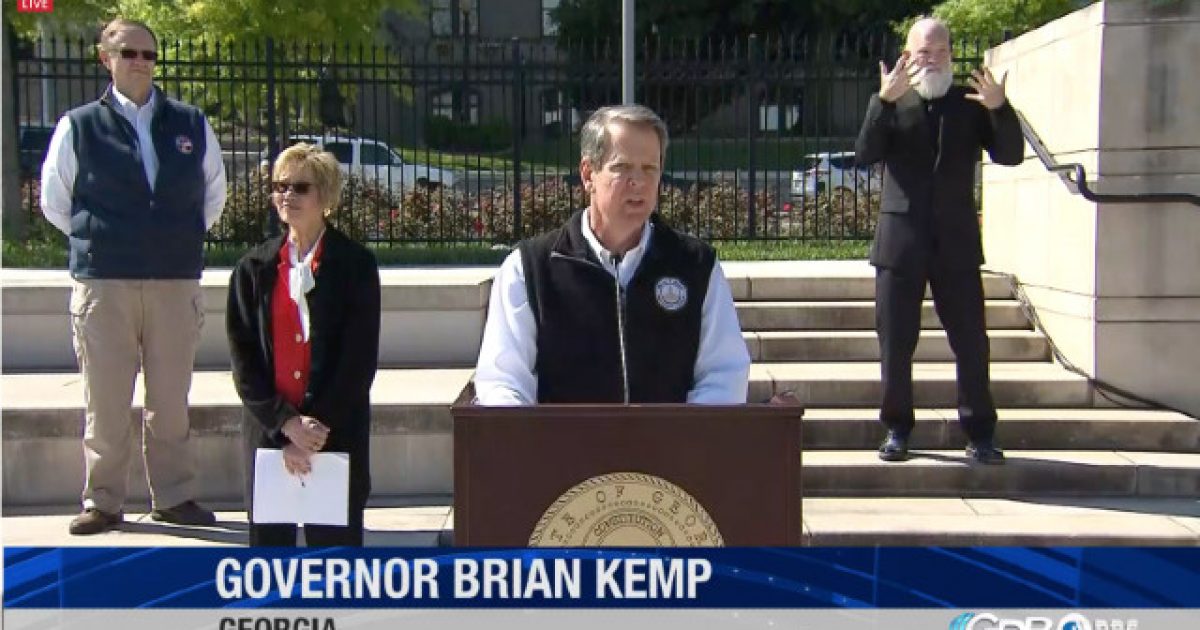 It wasn’t long after Georgia Gov. Brian Kemp announced that he would soon be reopening the state’s economy after a lengthy shutdown due to protective measures to contain the spread of the coronavirus that President Trump responded to the decision with a strong rebuke and acknowledged he disagreed with the decision.

Kemp then took to Twitter where he defended his decision to get get people back to work as soon as possible.

“Earlier today, I discussed Georgia’s plan to reopen shuttered businesses for limited operations with [President Trump]. I appreciate his bold leadership and insight during these difficult times and the framework provided by the White House to safely move states forward,” the tweet said.

Kemp went on to say, “Our next measured step is driven by data and guided by state public health officials. We will continue with this approach to protect the lives – and livelihoods – of all Georgians.”

Much criticism has been leveled at Kemp since his announcement, mostly from Democrats and scientists who say the Republican governor is opening the state too soon based on COVID-19 data and models.

As of reports coming from the state of Georgia on Wednesday evening, there are more than 21,102 coronavirus cases in the state with 846 deaths. According to the Georgia Department of Public Health, more than 4,000 individuals have been hospitalized due to the illness.

In the overall ranking of states with active cases, Georgia is number 12.

It’s a given that we must be working toward opening the economy back up, but we must still take proper precautions to ensure we keep the spread of the virus contained so that we do not suffer a second wave of this sickness and end up shutting down again and annihilating the economy even worse than it already is.

Here’s to hoping wise decisions are made for the people of Georgia.