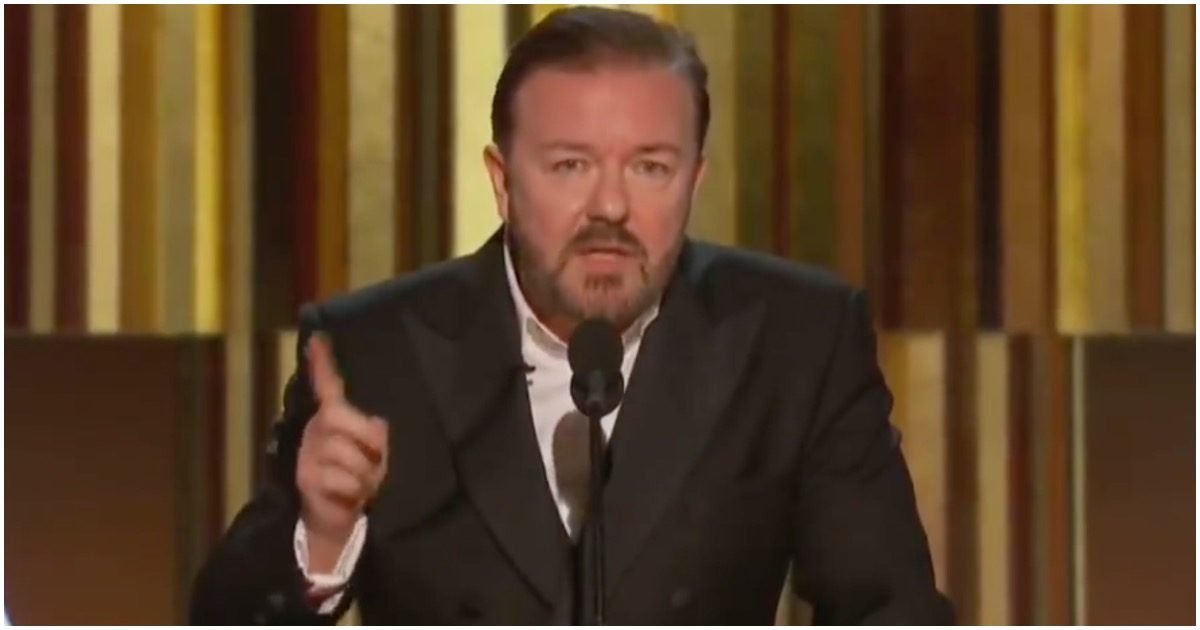 The award show monologue to end all award show monologues was delivered by comedian Ricky Gervais at the Golden Globes on Sunday evening. Gervais, an outspoken atheist liberal, oddly doesn’t fall in line with Democrats when it comes to being politically correct. As far as that much goes, Ricky gets it. From Daily Wire:

Comedian Ricky Gervais, host of the 2020 Golden Globe Awards, slammed Hollywood elites on Sunday for constantly lecturing the world and for politicizing everything, saying “You know nothing about the real world.”

"…You say you're woke but the companies you work for…Apple, Amazon, Disney…if ISIS started a streaming service you'd call your agent, wouldn't you. If you do win an award tonight, don't use it as a platform to make a political speech…" pic.twitter.com/rVRIng2JAH

Ricky Gervais: “So in the end he obviously didn’t kill himself. Just like Jeffrey Epstein. Shut up, I know he’s your friend but I don’t care.” pic.twitter.com/ILkx36BIiE