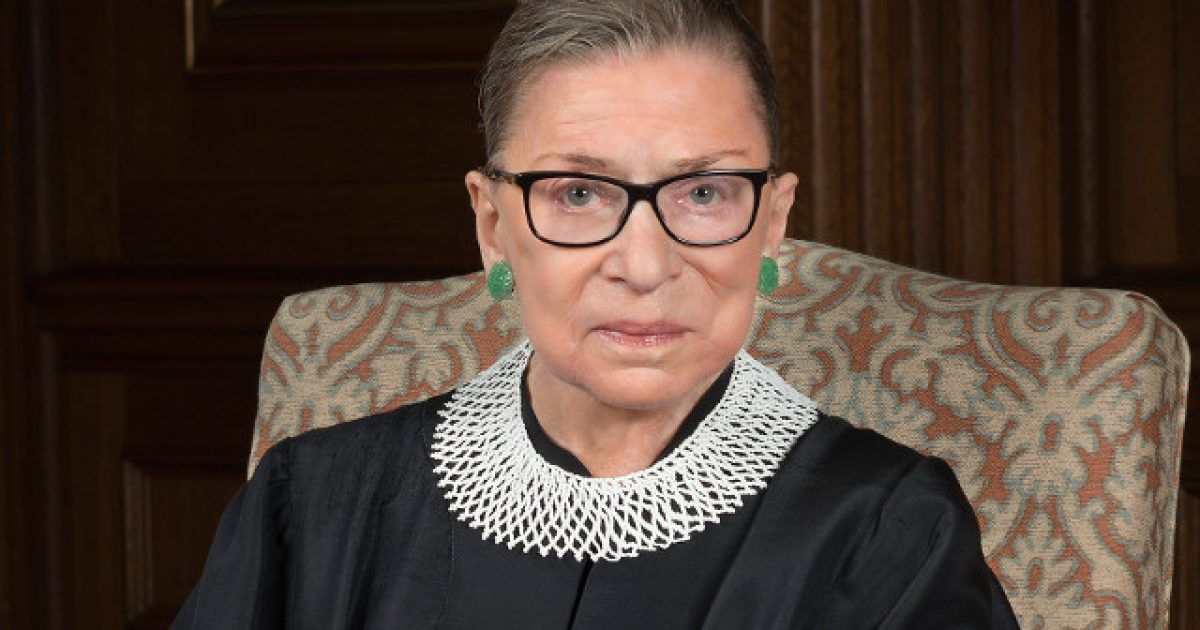 SCOTUS Justice Ruth Bader Ginsburg spoke over the weekend and revealed how much time she thinks she has left before exiting the bench stage right, and honestly, if you’re a conservative, this is going to elicit quite a few boos from the crowd.

According to Ginsburg, who is 85-years-old, believes she can hang on another five years before stepping down. Feel free to bawl your eyes out right not if you like. No one will hold it against you. Go ahead. Let it all out.

“I’m now 85. My senior colleague, Justice John Paul Stevens, he stepped down when he was 90, so think I have about at least five more years,” Ginsburg said following a production of “The Originalist,” a play about the late Justice Antonin Scalia, at a theater in New York.

Ginsburg spoke about her late colleague and said Scalia was her favorite dissenter when she was writing for the court because it would help her form her arguments.

“If I had my choice of dissenters when I was writing for the court, it would be Justice Scalia,” Ginsburg said. “Sometimes it was like a ping-pong game.”

Ginsburg is the oldest justice on the court and will be the only justice in her eighties when her colleague Justice Anthony Kennedy retires on July 31. CNN reports Ginsburg has hired law clerks for the next two terms, a signal that she plans to stay on the court until after the 2020 election so there could be a possibility of Democratic president picking her replacement.

“The Originalist” Director Molly Smith asked Ginsburg what keeps her “hopeful.” She answered that her husband Marty did.

Ginsburg was later asked about term limits for judges on the Supreme Court, to which she replied the chances of that ever happening are pretty much nil.

It might be highly unlikely that we’ll see term limits set for judges, but that doesn’t mean it won’t ever happen. In fact, it would be wonderful for our country if we did indeed amend the Constitution to include this little provision, along with term limits for members of Congress too.

Let’s hope that Trump is still in office when Ginsburg does step down and as a result, we can install yet another conservative judge and keep things stacked in favor of liberty.

Charles Koch Issues Warning to GOP Candidates. Steve Bannon Had a Few Words of His Own in Response.