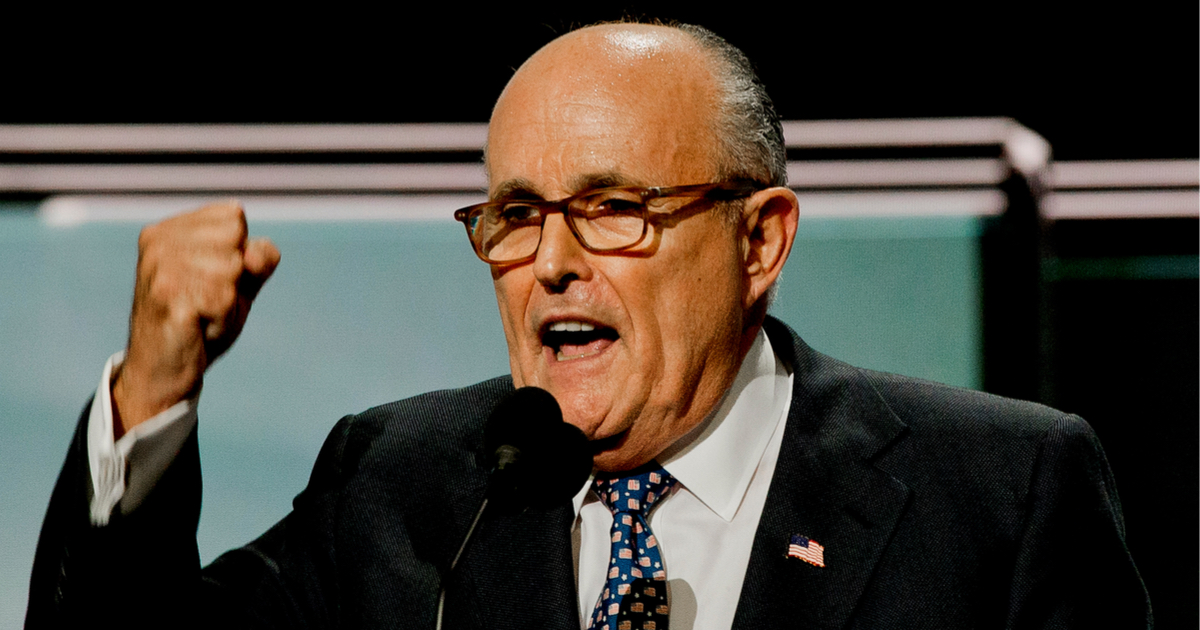 President Trump has, in the past, had a fairly severe issue in the “lawyer department”, as evidenced by the quick turnaround made my Mr. Michael Cohen over the course of the last few weeks.

But now, in his corner, the Commander in Chief has former NYC Mayor Rudy Giuliani – a bulldog of the law if there ever was one.  Not only has Giuliani made life a little easier for the President when it comes to Robert Mueller breathing down his neck, but Rudy has been busy giving the old spin machine a whirl as well, appearing several times a week in the media to defend his client.

Rudy’s latest outbursts have been aimed directly at Robert Mueller, and have been increasing in ferocity.  His latest is downright cowboy talk.

If former New York City Mayor Rudy Giuliani gets his way it could be special counsel Robert Mueller who is investigated.

President Donald trump’s attorney spoke with Hill.TV’s Buck Sexton on Wednesday and Thursday and said it is the special counsel who should be investigated.

“Mueller should be investigated for destruction of evidence for allowing those text messages from Strzok to be erased, messages that would show the state of mind and tactics of his lead anti-Trump FBI agent at the start of his probe,” he said.

Earlier this week, Giuliani made it clear that he and President Trump were “done” with Robert Mueller’s questions.