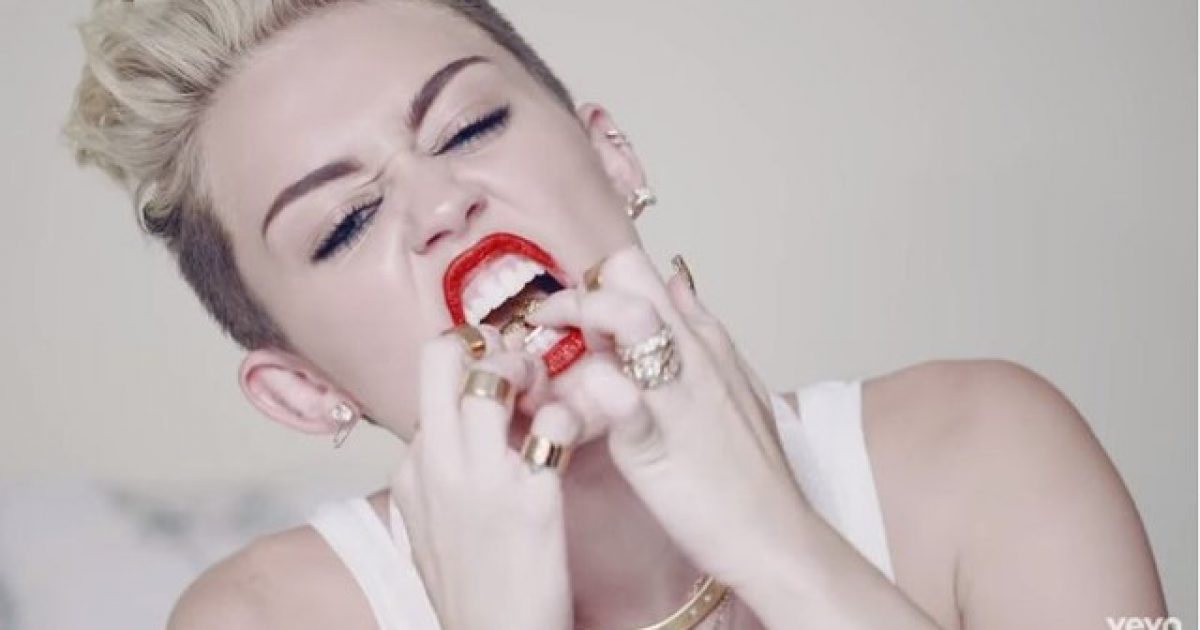 One of the main problems with modern society is that all the stupid people in our culture continue to breed and then indoctrinate their children with their horrific, morally bankrupt worldview.

Fortunately for all of us, actress and pop star Miley Cyrus has decided to forego procreating until someone finally steps up to the plate and does something to bring the crisis of climate change to an end.

This is probably her best contribution to society at this point.

In a recent interview with Elle, the former “Hannah Montana” actress said that she wants to wait to have children until said children could “live on an earth with fish in the water.”

In addition to climate change and parenting, she also touched upon feminism and marriage.

“When [Mother Earth] is angry, don’t f*** with her,” Cyrus warned. “That’s the way I feel women are like right now. The earth is angry.”

“We’ve been doing the same thing to the earth that we do to women,” she insisted. “We just take and take and expect it to keep producing. And it’s exhausted. It can’t produce. We’re getting handed a piece of s**t planet, and I refuse to hand that down to my child. Until I feel like my kid would live on an earth with fish in the water, I’m not bringing in another person to deal with that.”

“We don’t want to reproduce because we know that the earth can’t handle it,” she added.

Cyrus later went on to detail her marriage with Hemsworth.

“I think it’s very confusing to people that I’m married,” she reasoned. “But my relationship is unique. And I don’t know that I would ever publicly allow people in there because it’s so complex, and modern, and new that I don’t think we’re in a place where people would get it.”

Cyrus went on to say that she’s still attracted to women and that she doesn’t like the word “wife,” once again revealing that she’s a degenerate who has no place being a role model for another living, breathing human being.

This, ladies and gentlemen, is exactly what the left wants from the young people they brainwash. Complete and total degenerate behavior that despises God’s design for marriage and family, which is the backbone of a society.

Progressives want future generations to be loyal to the state, so they must destroy the bond between children and parents, undermine their values, and make them disdain the traditional way of doing things.

It’s not through big-government policies that the left will initiate the transformation of America, but through subtle changes in culture that lead to the acceptance of immoral behaviors.

FLASHBACK: Dem Candidate Says Next Generation of Whites May ‘Shoot Up Asian Churches’