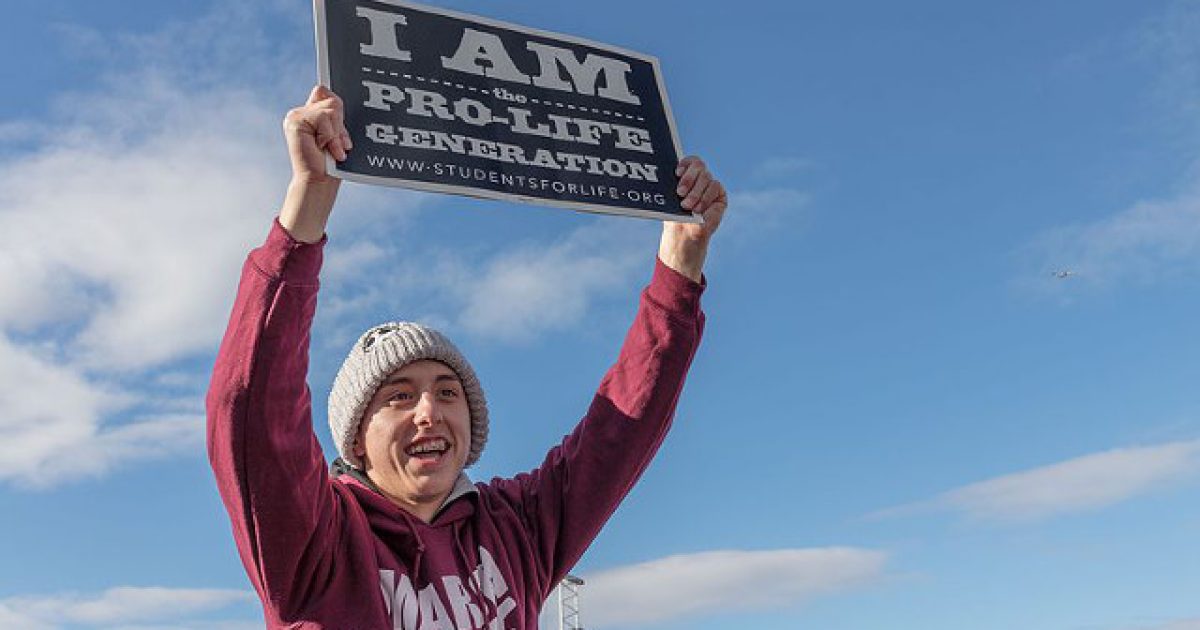 The true Civil Rights issue of the day is not anything to do with color or sexual orientation, but that of the most basic, fundamental right of all: life.

Ever since the decision in Roe v. Wade was made, millions of children have died before they even had a chance to experience the joys of life, a crime not only against humanity, but a heinous act of idolatry that has surely brought some of God’s judgment down on our nation.

Well, it seems the pro-life crowd finally has some news to celebrate about as a new report indicates that the rate of abortions being performed has dropped significantly since 2011, hitting its lowest since Roe v. Wade in 1973.

Although pro-life changes on a state level are certainly a step in the right direction, Guttmacher said it believed these new laws were not the driving force behind the drop in abortions.

With the available evidence, it is impossible to pinpoint exactly which factors drove recent declines, and to what degree. However, previous Guttmacher analyses have documented that abortion restrictions, while incredibly harmful at an individual level, were not the main driver of national declines in the abortion rate in the 2008–2011 or 2011–2014 time periods. Much the same appears to hold true for the 2011–2017 timeframe….Rather, the decline in abortions appears to be part of a broader decline in pregnancies, as evidenced by fewer births over the same period.

But, while the number of births overall may be dropping, the report also said that the ratio of abortions to overall pregnancies had also fallen since 2011 by 13 percent.

Interestingly, Guttmacher reported that many of the states experiencing a drop in the abortion rate did not have any new restrictions on the murderous act, nor had they made access to abortion easier. Only five states saw an increase in abortion activity between 2011 and 2017.

Really surprising is the fact that 15 states increased the number of abortion clinics, but 13 of those states actually saw declines in the abortion rates, as did the eight of nine states where the number of clinics remained the same.

Perhaps, what this really signals, is that the ministries out there who are upholding the Word of God and are standing up for the rights of the unborn are beginning to have an impact where it matters most: the hearts and minds of the people.

Maybe, just maybe, the truth is finally getting out there enough that folks can no longer ignore the reality behind the act of abortion, coming to grips with the dark act as murder?

Either way, churches, Christians, ministries, and conservatives need to keep up the good work. This is no time to get complacent or prideful. Keep fighting, keep loving the unlovable, and providing those considering abortion with true, love, understanding, and hope.

Trump Lays The Smack Down On Iran, Orders New Sanctions In Light Of Saudi Oil Attacks