Flashback: Biden Becomes Visibly Confused During Speech: 'What Am I Doing Here?' 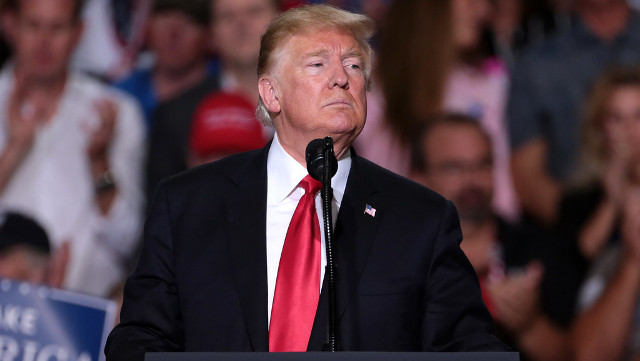 On Sunday evening, Richie Dulany was at a gas station where he works as a clerk in Fort Worth, Texas, when he heard a terrible series of gut-wrenching sounds.

“I ended up hearing the tires of a car screech, and next thing I know I hear a scream and I just start bolting,” he told WFAA-TV.

Immediately, he dropped what he was doing and ran to the source of the sound, a nearby street across from a Walmart.

He was met with a sight even worse than the sounds: Two cars were stopped, one with its windshield bashed in. In the median was a stroller.

A woman and three children had been waiting to cross the street when two cars got into an accident and plowed directly into the pedestrians, striking all four.

“Whole left side of their windshield was just completely caved in,” Dulany said of one of the vehicles involved.

Dulany said all three kids looked to be under the age of 5. He went immediately to the little girl, who had sustained head trauma.

“Tiny little thing,” he said. “Wearing a pink outfit. She was in really rough condition.”

“I just laid there with her to make sure that she stayed awake until the paramedics got here. I hope they all make it. I really do.”

The woman was taken to a hospital in critical condition.

The three kids were taken to a children’s hospital, where two were said to be in critical condition and the third child’s status was unknown.

According to KXAS-TV, the woman and one of the children are expected to recover, but the two children in critical condition remain in very bad shape.

No charges have yet been filed.

The incident has shaken up locals.

One local posted about the accident on Facebook, saying that the area desperately needs more pedestrian-friendly accommodations. The local also said that the woman had not crossed at a crosswalk but that the nearest pedestrian crossing was “a considerable walk” away.

Afterward, the stroller remained in the median for some time, a harrowing reminder of the accident that had taken place.

“You have a baby stroller just literally right there,” neighbor Juan Najera said. “I can only imagine. This is a busy street. You have cars passing through here. Just seeing the baby stroller right there in the middle of it, I just can’t believe it. I have kids of my own, too.”

Dulaney is still shaken up as well, giving his account through tears.

“They were innocents,” he said. “Such things shouldn’t even happen like that.”

Pro-Abortion Hackers Take Their War to the Cyber Realm

A new front in the nation’s political war has begun.