The war over our right to information is fully upon us, with internet goliath Google demonstrating why they cannot be trusted to play fair.

Google is, legally, a private company who can do whatever they would like.  This is a cold, hard fact that will likely be examined in the near future by our nation’s top adjudicators in a free speech case, but for the time being, we’re stuck with it.

The worry is, of course, that a vast majority of internet traffic is directed by Google.  Heck, your car is even directed by Google anytime you pull up your GPS.  If Google wanted to write a piece of code that sent everyone to a Starbucks or a Whole Foods, they could do that…and likely with impunity.

So, if Google wants to write a code that misrepresents the search results for a certain political candidate, that would also not be off limits to them as a private company.  And, in Virginia’s 5th congressional district, that appears to be exactly what is happening.

Here are the first website results for republican Denver Riggleman as provided by Google: 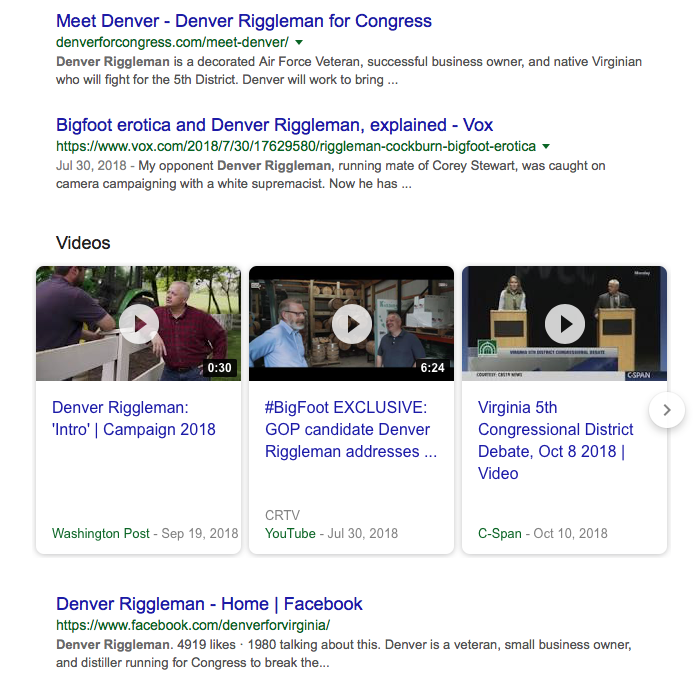 Notice anything peculiar in there?  Right in between his official website and his official Facebook link there is a Vox article that aims to paint Riggleman as an oddball and pervert.  Reading the excerpt below the article also adds in a dash of racism – a popular accusation used by democrats to belittle their opponents and cast fear among the electorate. 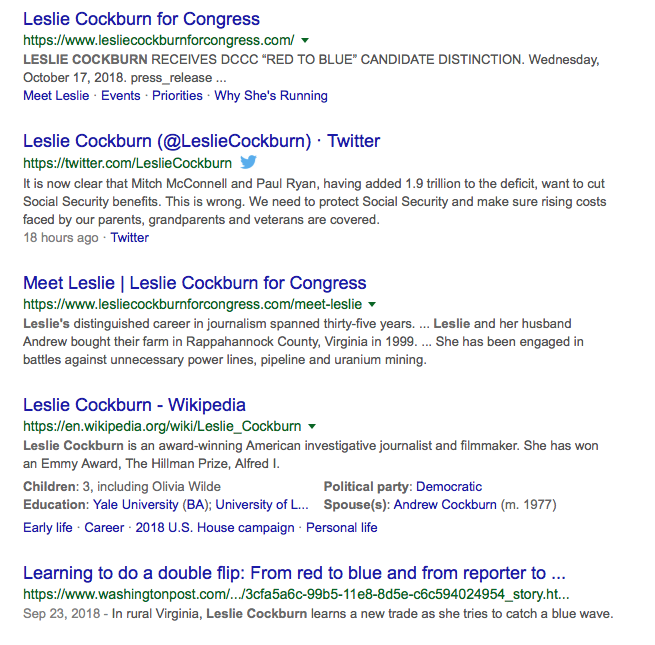 The first four results are from Cockburn’s official outlets, followed by an article praising the candidate from over a month ago.

Even more peculiar is the fact that this Cockburn article wasn’t all that well received, according to statistics from NewsWhip:

[Author’s Note: Given the age of the Vox article, these same statistics were not available.  A request made to Vox for this data was not immediately returned.]

So, what is Google’s real role in our electoral process, and are we comfortable with information being hoarded by companies who are too big to care about impartiality?

That is a question that we will need to have answered, and soon, if we are to save our nation from the coming storm.