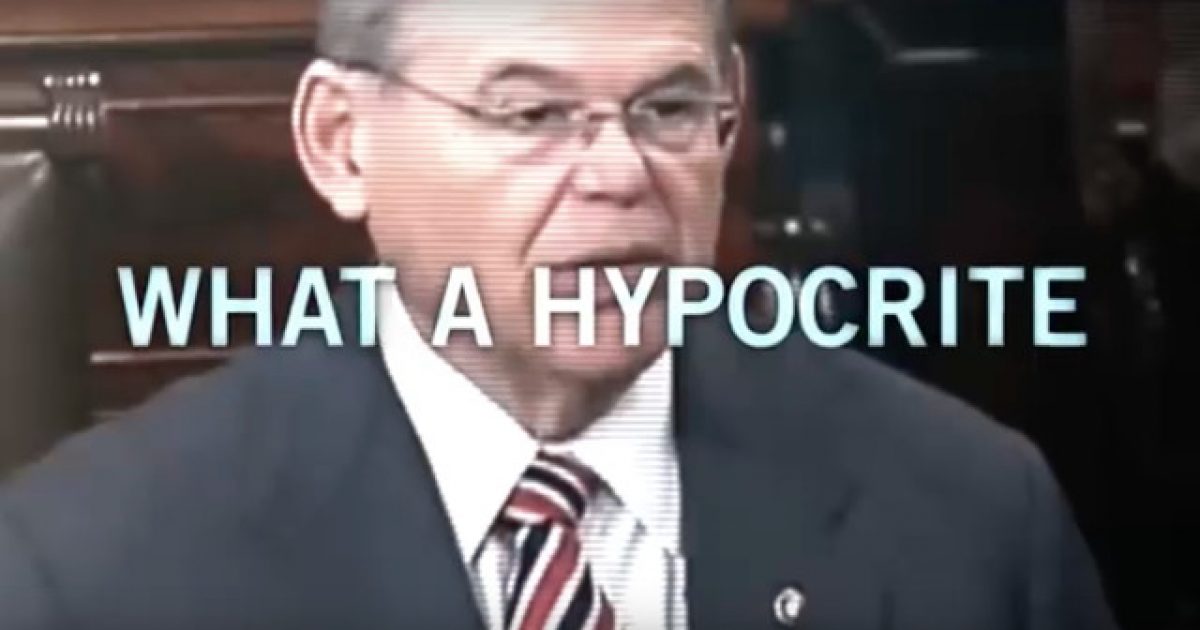 GOP candidate Bob Hugin is coming at his opponent, Democratic Sen. Bob Menendez with both proverbial barrels blazing in a new ad that smashes on Menendez for his hypocritical treatment of Supreme Court Justice Brett Kavanaugh during his confirmation hearing.

Menendez was one of the first senators to come out publicly and announce that he believed Christine Blasey Ford’s accusations against Kavanaugh, a move that was likely designed to help secure some votes come November. However, Hugin’s ad takes aim at Menendez for his own allegations of sexual relations with minors.

In the ad released Monday, Hugin calls out Menendez for his hypocrisy in relation to the two issues, asking Menendez about the underage girls who accused him of sexual misconduct and why their voices do not deserve to be heard.

The ad also mentions that it was former President Barack Obama’s DOJ who had evidence that Menendez was allegedly traveling to the Dominican Republic for several years to engage in sexual activity with minors.

Menendez’s case went to a mistrial for a second time in November 2017 after the jury was deadlocked on the 18 counts in the indictment and he was not convicted.

The claim against Menendez is included in a 65-page motion filed in 2015 with the U.S. District Court of New Jersey.

Hugin made his support for Kavanaugh clear during a tweet that was posted on October 5, stating “Based on everything I know now, I would support Judge Kavanaugh as Senator. I still strongly believe the FBI report should be released so the American people can see the findings.”

The race between Menendez and Hugin in the Garden State is a lot closer than most expected for such a supposedly diehard blue state. Menendez is only ahead of Hugin by seven points as of Monday of this week.

Disabled Vet Sees Flag Getting Run Over by Cars. That’s When He Decides to Jump Into Action.

Pledge of Allegiance Dropped at San Francisco School Board Meeting. Here’s What They Replaced it With.