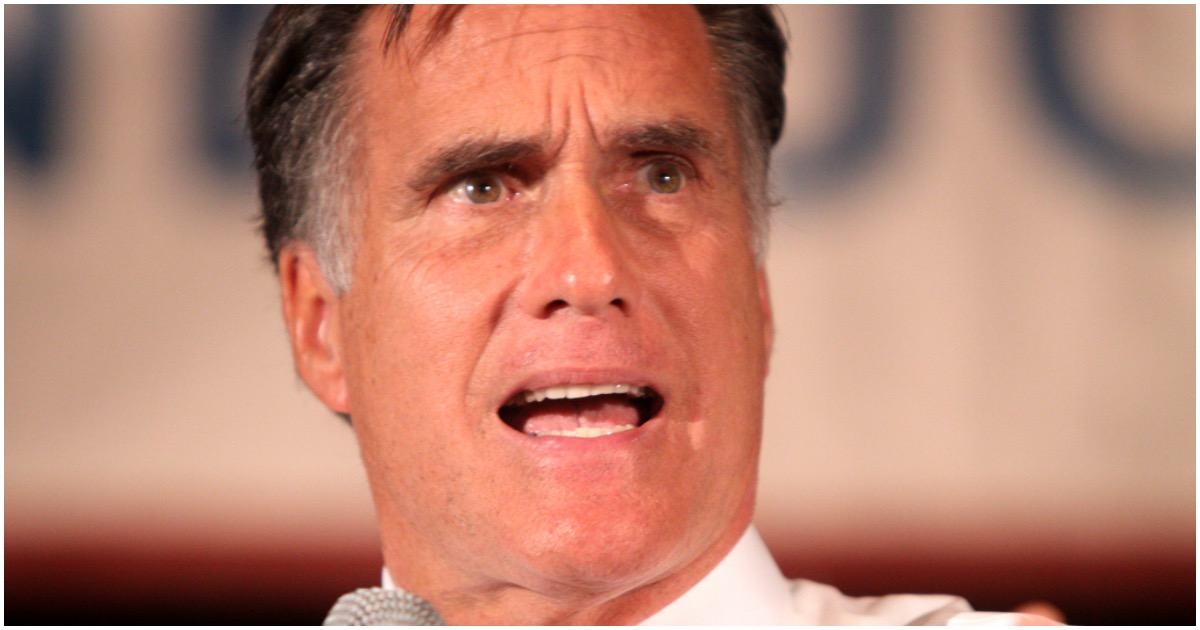 Ronna Romney McDaniel is chair of the Republican National Committee.

The same Mitt Romney who could’ve been president had he defeated an easily defeatable Barack Obama in 2012.

Also, the same Mitt Romney who is now a senator from the state of Utah.

Ronna wasn’t thrilled with her uncle for attacking President Trump on the second day of the new year.

In fact, she was pissed by the looks of it.

Trump laid into Mitt – see it at this link.

The saddest part is that Mitt thanked Trump for endorsing him earlier in 2018:

.@MittRomney has announced he is running for the Senate from the wonderful State of Utah. He will make a great Senator and worthy successor to @OrrinHatch, and has my full support and endorsement!

Thank you Mr. President for the support. I hope that over the course of the campaign I also earn the support and endorsement of the people of Utah.

Now, Mitt says he can’t endorse Trump for re-election at this point.

Romney on the 2020 election: "I haven't decided who I am going to endorse in 2020, I am going to wait and see what the alternatives are" pic.twitter.com/ggyxzpzfRT

Romney says he accepted President Trump's endorsement and interviewed to become part of this administration because "After he was elected president, it was very much my hope that he would rise to the occasion — rise to the mantle of the office" pic.twitter.com/x5g36IJoag

That’s why proud patriots need to SUPPORT MELANIA each and every day by signing the petition and letting the media know their vile attacks fall on deaf ears!

IT HAS BEGUN: A Baby’s Gender in New York City Can Now Be ‘X’ (Details)