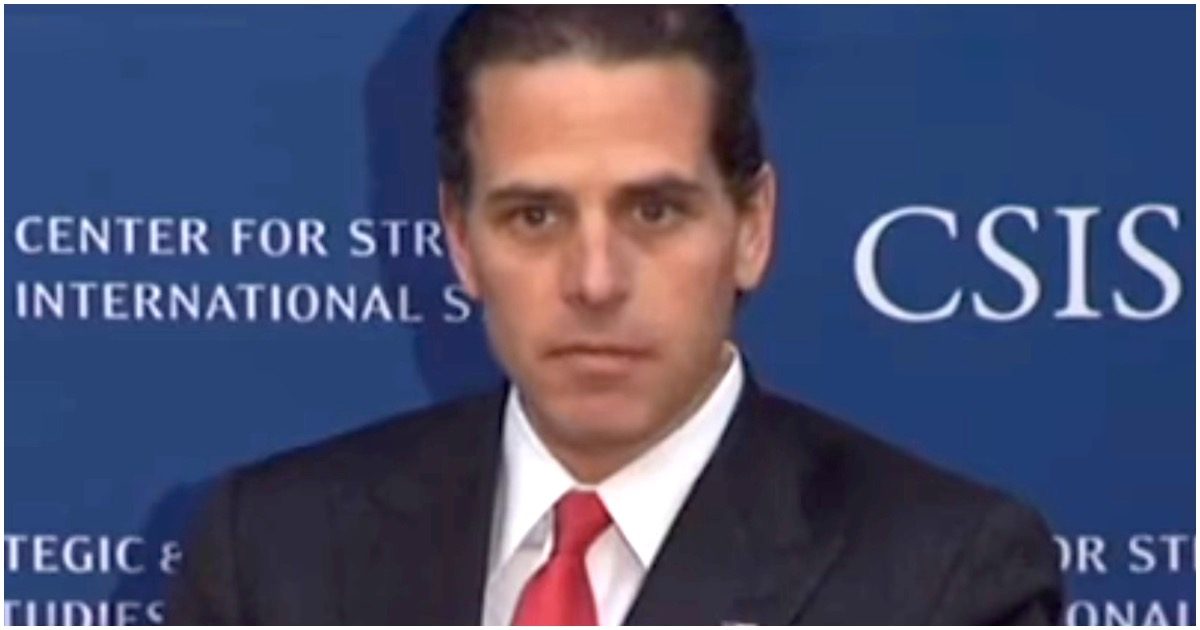 Hunter Biden might be able to run for a little while, given his famous father’s stature and well-connected friends in Washington DC. However, he may not get off scot-free. Here’s what’s up, via Daily Wire:

Finance Committee Chairman Chuck Grassley and Homeland Security and Governmental Affairs Committee Chairman Ron Johnson said in the letter that they were “reviewing potential conflicts of interest posed by the business activities of Hunter Biden and his associates during the Obama administration, particularly with respect to his business activities in Ukraine and China.”

Breaking: from their press office –

“Good afternoon, Senators Grassley and Johnson today requested Hunter Biden’s official travel records from the U.S. Secret Service as a part of their ongoing probe into potential conflicts of interest.

A full news release is forthcoming”

Everybody should be held accountable for their role, no matter how big or small, for having a hand in this entire impeachment fiasco.

If the Senate decides to consider new impeachment trial witnesses and documents next week, Sen. Josh Hawley plans to try and force votes on everyone from Adam Schiff to Joe Biden.

The Missouri Republican is preparing to file subpoena requests for witnesses and documents that Democrats and Republicans alike won’t want to vote on. Hawley’s strategy harmonizes with plans from GOP Sens. Ted Cruz of Texas and Rand Paul of Kentucky to force votes to hear from Hunter Biden, the former vice president’s son who was on the board of Ukrainian energy company Burisma.

I have drafted motions to subpoena Adam Schiff, the “whistleblower,” Hunter Biden, and Joe Biden to testify. If the Senate calls witnesses, I will ask for votes on all these next week https://t.co/NW1fuyYVF4

That should shut the Dems up LOL

If GOP Wins House In November, They Will Expunge President Trump’s Impeachment