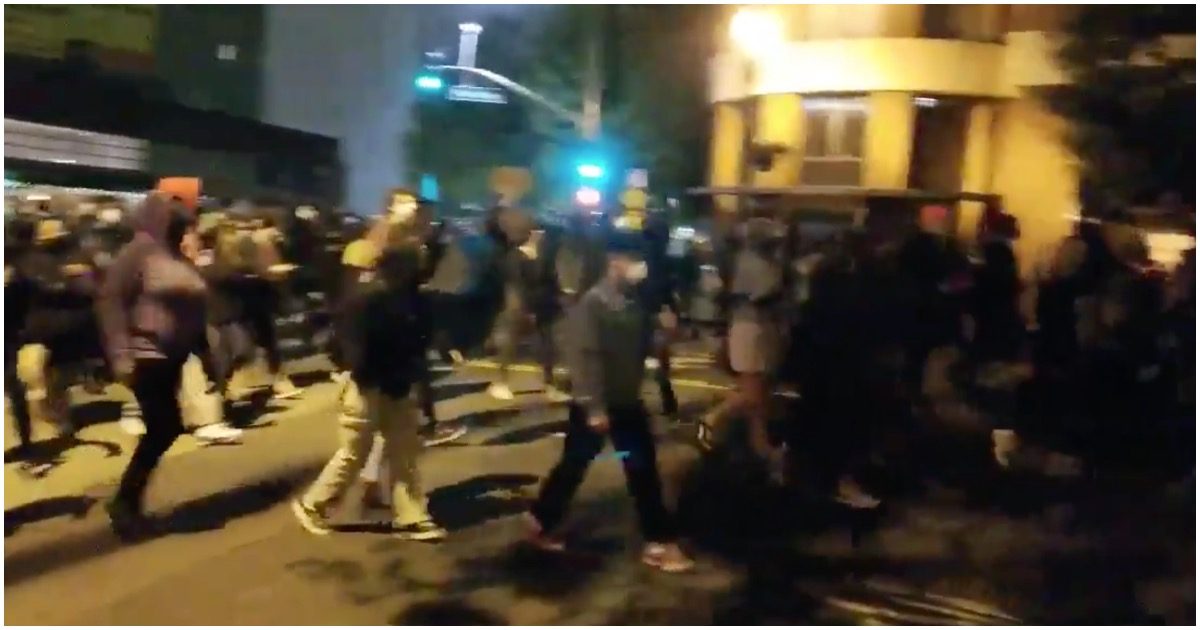 Violent rioters continue to show their disdain for Ameica on a nightly basis, across cities all over the country. These people have absolutely no clue how good they have it. Instead, they bash the US and build up socialist hellscapes like Venezuela – yet, they’ve probably never lived in a third world nation.

Maybe if the money these deplorables receive from the federal government runs out, they’ll begin to change their ways.

Republican Indiana Rep. Jim Banks introduced a House bill last week that would render those convicted of vandalism and violent looting during a protest ineligible for federal unemployment money, which have been enhanced in the wake of COVID-19.

The Support Peaceful Protest Act would also require those convicted to providing restitution for the cost of federal policing in a sum determined by the court.

Hey @SpeakerPelosi, these are my constituents. They are good people.

If you told these mobs to stop, I have a feeling they would … https://t.co/l5qIT52XM4

Check out these clips below:

Antifa burn a US flag to celebrate the death of the man shot in downtown Portland. They call him a “fascist” despite not knowing who he is. #PortlandRiots pic.twitter.com/3CjdcWDl1S

ANTIFA march down the streets of Oakland, CA chanting "Death to America" to the sound of smashing glass. #BidensAmerica pic.twitter.com/GbKBRoFtEV

A BLM leader is encouraging this crowd of protesters to fight the DC cops on the frontlines. Saying he’s “ready to put them in their graves” – this may lead to another violent night in DC… pic.twitter.com/0LXTR69c2P