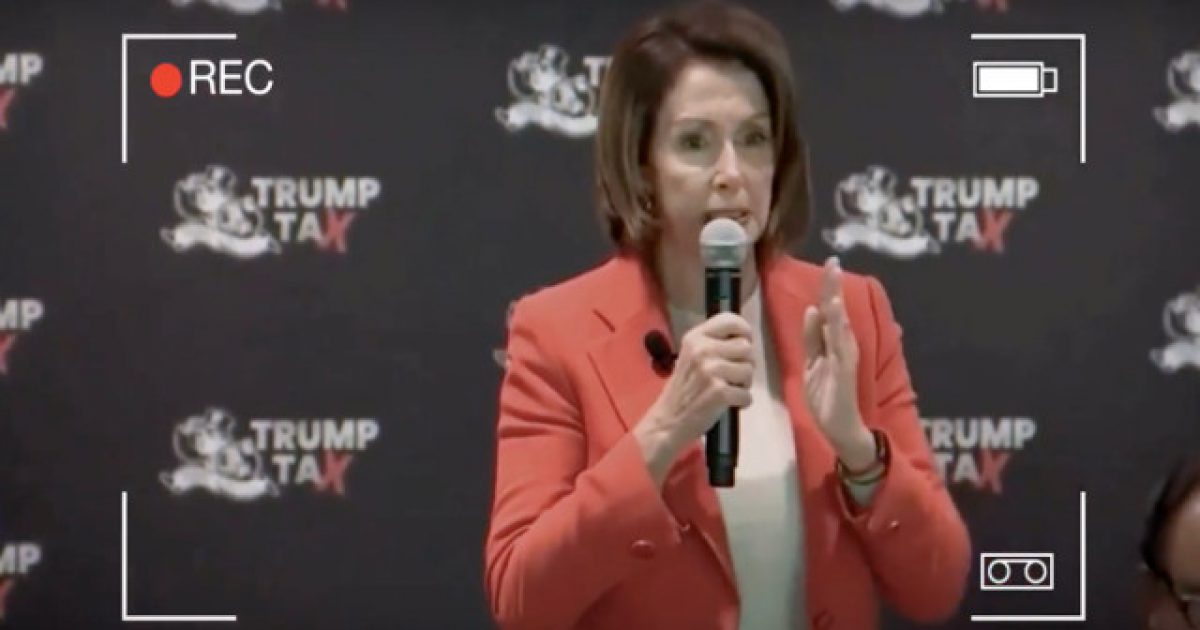 House Majority Leader Kevin McCarthy has taken an opportunity to shower House Minority Leader Nancy Pelosi with all kinds of attention, however, it’s not likely to be the kind she likes to receive.

McCarthy released a new video with the sole intent and purpose being to troll Pelosi and drive her utterly insane, which in reality, is a fairly short trip, but the route is scenic.

The video itself splices together clips of Pelosi from a town hall held in Arizona back in February, creatively edited to make it look like she supports the Republican tax cuts. What makes it all so funny is that she actually despises, no, loathes entirely, the tax cuts made last year.

In the video, Pelosi discusses a hypothetically strong economy during a town hall in Arizona on Feb. 20, with clips of actual positive economic news spliced in following the passage of the Tax Cuts and Jobs Act.

Mixed in with Pelosi’s statements are news items about increased investment, a majority of the country thinking the U.S. is doing well, the unemployment rate dropping below four percent, small business wage increases, and higher consumer confidence.

Pelosi is of course a fierce opponent of the tax cuts signed by President Donald Trump, calling the law a “tax scam” that acted as a giveaway to corporations and the rich. She’s frequently referred to bonuses doled out by companies in response to the slashing of corporate rates as “crumbs.”

In case you’ve forgotten, it was only a few weeks ago that Pelosi herself admitted that if Democrats win big in the midterms later this year, they plan on jacking up tax rates.

This seems like political suicide so it makes you wonder what Pelosi was thinking to actually mention that out loud, but then again, she’s always been a bit off her rocker.