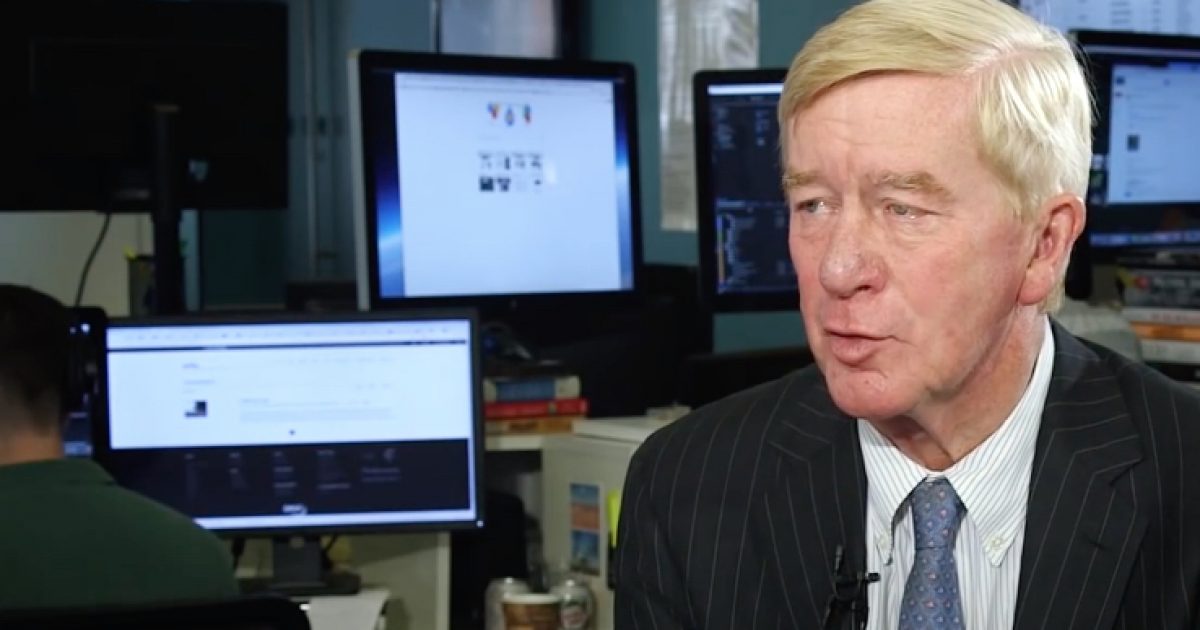 The divisive nature of the media’s coverage of the Trump presidency has been a real nightmare for Americans who consciously voted to elect a Commander in Chief unlike any other.

Much of the hostility comes from the fact that Trump is a political outsider that the Washington establishment can’t contain or mold.  Their frustration unfortunately manifests itself in partisan bickering and attempts to delegitimize Trump’s presidency through the media.

This newfound hostility has even spawned a republican primary challenge for the incumbent Trump, and his opponent is exploiting some strong language in order to disparage the President ahead of the election.

Former Massachusetts Governor Bill Weld, who is trying to primary President Donald Trump, this week accused Trump of preferring America to be “an Aryan nation.”

“I celebrate that America has always been a melting pot,” Weld reportedly said this week at an Edward M. Kennedy Institute for the United States Senate event on the 2020 election. “It seems he would prefer an Aryan nation.”

One news organization gave Weld a chance to clarify.

When ABC asked Weld on Thursday what he meant by “Aryan nation,” Weld reportedly said that he thinks Trump “would prefer a nation with no immigrants.”

“I know that sounds strong and tough but he’s very interested in bloodlines and it has resonance,” Weld continued.

This sort of Hitlerian schtick has been used against Donald Trump time and again by fear mongering liberals and “resistance”-minded talking heads.

Weld has admitted that his attempts to unseat Trump will be likely futile, but the libertarian leaning former Massachusetts Governor has vowed to press on regardless.