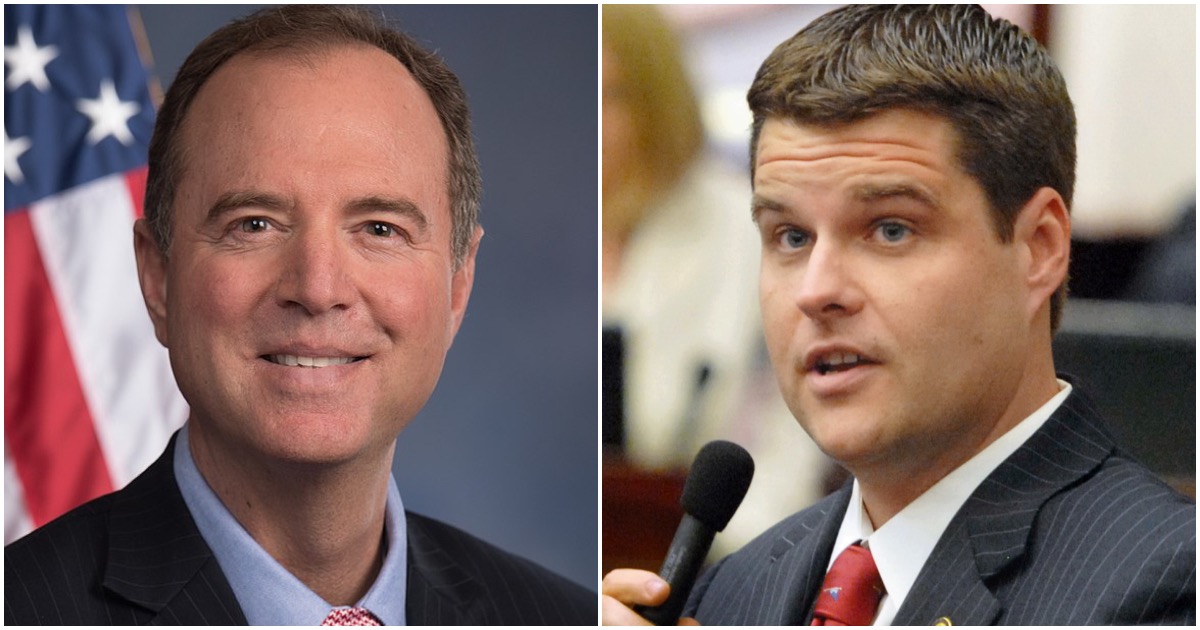 California Democrat Rep. Adam Schiff has been one of President Trump’s loudest critics from the start.

Schiff still believes, despite the Mueller report, that Trump’s 2016 campaign colluded with the Russians to defeat Hillary Clinton.

Every day, it’s Russia this, Russia that.

At a recent rally, 45 referred to Schiff as “little pencil-neck.”

Trump said, “Little pencil-neck Adam Schiff. He’s got the smallest, thinnest neck I’ve ever seen. He is not a long-ball hitter, but I saw him today, ‘Well we don’t really know, there still could have been some Russia collusion.’”

Now, Florida Rep. Matt Gaetz has introduced the “PENCIL Act,” which aims to remove Schiff from the House Intel Committee and revoke his security clearance.

#BREAKING: Today I filed the “PENCIL Act,” expressing the sense of the House of Representatives that “Congressman Adam Schiff should be removed from the House Intelligence Committee and his security clearance immediately revoked.”

#BREAKING: Today I filed the “PENCIL Act,” expressing the sense of the House of Representatives that “Congressman Adam Schiff should be removed from the House Intelligence Committee and his security clearance immediately revoked.” pic.twitter.com/1FsMt6NUjr

Gaetz supports President Trump like few others in Congress.

The “Justice For All Act” would require equal punishment for those who have lied or lie to Congress, no matter who they are.

Senator Gaetz has a nice ring to it for conservatives. To see him leave one state for another would be nearly unprecedented, which makes it all the more interesting.