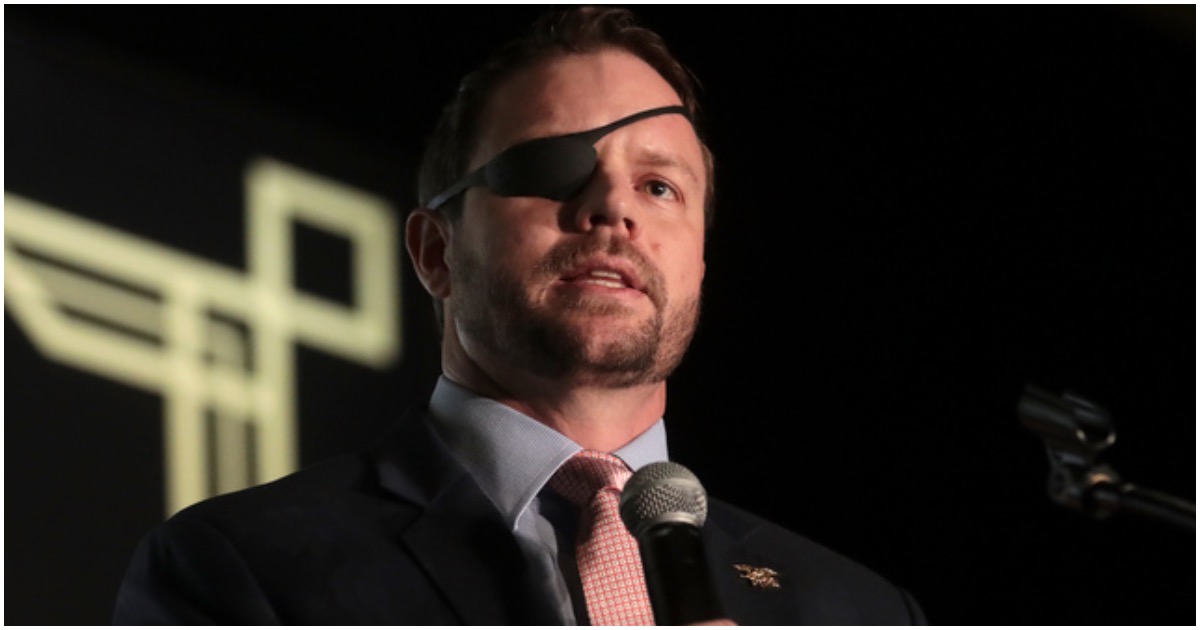 Except for leadership positions, every member of Congress earns $174,000 taxpayer dollars annually.

Of course that’s way too much, but that’s a story for another day.

Freshman Republican Congressman Dan Crenshaw, the Navy SEAL whose war wounds were made fun of by “Saturday Night Live,” just made a widely-praised announcement about his salary during the government shutdown.

Freshly sworn-in Republican Rep. Dan Crenshaw is not just talking the talk, but walking the walk. The popular Texas congressman announced Thursday that he will not be taking a paycheck until the security at the southern border is properly funded and the government shutdown ends.

“I cannot in good conscience get paid while federal employees’ financial futures hang in the balance because of this partial government shutdown. I’ve asked the Chief Administrative Officer to withhold my pay until we have come to an agreement to adequately fund border security.”

I cannot in good conscience get paid while federal employees’ financial futures hang in the balance because of this partial government shutdown. I’ve asked the Chief Administrative Officer to withhold my pay until we have come to an agreement to adequately fund border security. pic.twitter.com/2g37vAAtx2

Socialist Congresswoman Alexandria Ocasio-Cortez (D-NY) called for members of Congress to not accept their pay during a shutdown, but she has yet to make an announcement similar to Crenshaw’s…

Next time we have a gov shutdown, Congressional salaries should be furloughed as well.

It’s completely unacceptable that members of Congress can force a government shutdown on partisan lines & then have Congressional salaries exempt from that decision.

On the other hand, Davidson is a comedian. His job is to tell jokes and not be politically correct, as Crenshaw implied.