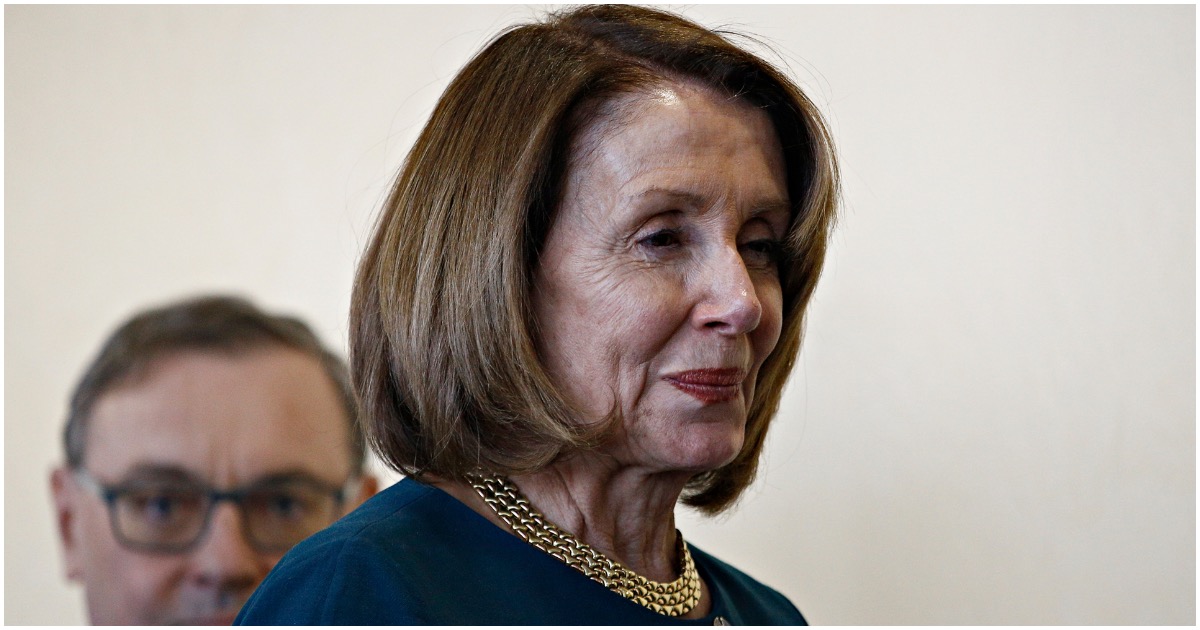 Democrats and the mainstream media continue to do everything in their power to impeach President Trump, despite no crimes having been committed and the negative effects it would have on the economy. This is because their hate for Trump trumps their love of country.

That much is evident and it couldn’t be clearer. Democrats loathe every single thing about 45 and any person he’s ever spoke with.

One Republican member of Congress is flipping the script on lefties. He has introduced a resolution to kick Speaker Pelosi out of the House. Imagine the pandemonium if the uninformed ever found out.

A Louisiana Republican congressman introduced a resolution Tuesday to expel Speaker Nancy Pelosi, D-Calif., from the House of Representatives, the latest sign that frustration in the GOP is building as Democrats continue their impeachment inquiry against President Trump.

Rep. Ralph Abraham’s resolution stands no realistic chance of passing in the Democratic-controlled House. Likewise, Republicans have argued that Democrats’ potential articles of impeachment are all but certain to stall if they ever reach the Senate.

Abraham said, “Nancy Pelosi’s vicious crusade against our lawfully-elected President is nothing more than a politically-motivated witch hunt and it must be stopped. She has disgraced the people’s House and weaponized the Speaker’s gavel for her party’s political gain.”

He continued, “House Democrats spent nearly three years obsessed with election meddling only to dwarf any such efforts with their own deceitful plan to nullify the 2016 election and prevent President Trump from winning in 2020. I have introduced a resolution calling for her to be expelled from the House and for the Speaker’s Office to be vacated.”

To all sane Americans, the acronym MAGA stands for “Make America Great Again.”

Because nothing says I can’t refute your argument with facts like pulling out the race card.

Monday, AG Barr told the @AP that the Trump administration will take action in the coming days that he believes will allow the government to add the census query.

Monday, AG Barr told the @AP that the Trump administration will take action in the coming days that he believes will allow the government to add the census query.@SpeakerPelosi claims it's because Trump wants to “Make America White Again.”

Confirmed: Trey Gowdy Is Now A Member of Team Trump As Impeachment Counsel Is It Possible That This Is What Is Really Going On In China Under The Guise Of The Coronavirus?
February 25th, 2020 Sons of Liberty Media