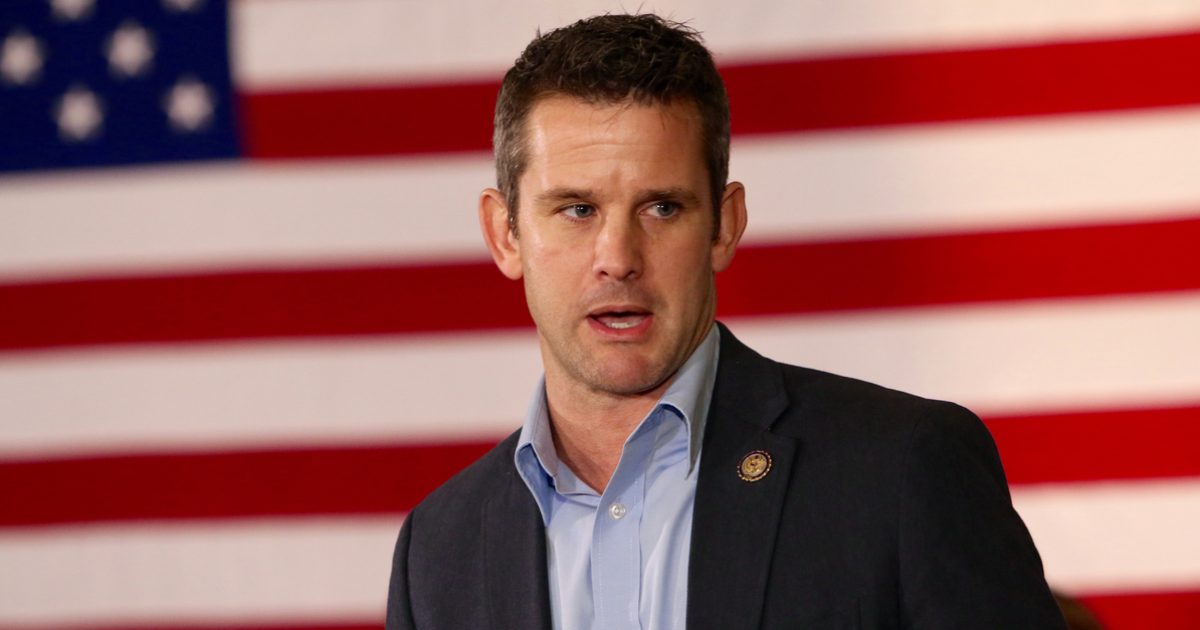 In the wake of Donald Trump’s first term as President, the Republican Party has has some serious questions to ask itself.  Where once the GOP could rail against the Democrats as a party divided, they now had to be cognizant of their own inner-animosity.

There is a very clear division within the party these days, with the MAGA Movement commanding just enough of the voting power to remain at the forefront of the national political narrative, while the old-guard GOP nervously looks on.

Some more moderate Republicans are now sounding the alarm in a big way, with Rep. Adam Kinzinger leading the way.

The Illinois Republican had the following to say during a recent appearance on “Face The Nation”.

DICKERSON: Speaking of internal divisions, the Republican Party in the House. It looks like Liz Cheney, the number three in House leadership on the Republican side, is no longer going to hold that position. What is this debate about?

KINZINGER: Yeah, look, it’s incredible. So Liz Cheney is saying exactly what Kevin McCarthy said the day of the insurrection. She’s just consistently been saying it. And a few weeks later, Kevin McCarthy changed to attacking other people. And so I think what the reality is, is as a party, we have to have an internal look and a full accounting as to what led to January 6th. I mean, right now, it’s basically the- the Titanic. We’re like, you know, in this in the middle of this slow sink, we have a band playing on the deck telling everybody it’s fine. And meanwhile, as I’ve said, you know, Donald Trump’s running around trying to find women’s clothing and get on the first lifeboat.

Kinzinger has long been a very vocal opponent of the MAGA movement, having spent a great deal of energy condemning the attacks on the Capitol back on January 6th.