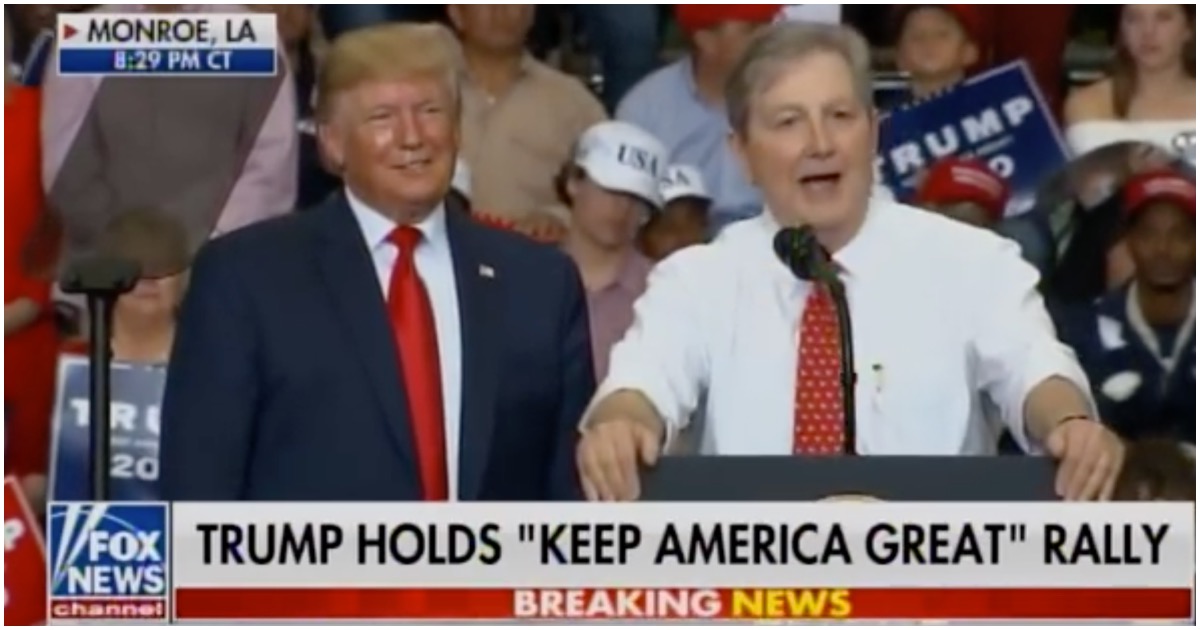 Louisiana Senator John Kennedy doesn’t get enough national attention. Like President Trump, he constantly drops newsworthy soundbites. On Wednesday night in Monroe, Kennedy lashed out at Speaker Pelosi in a way that will have the left crying misogyny by Thursday morning.

Something tells me John doesn’t care, though.

Kennedy said, Hello Louisiana! Thank you Mr. President for visiting our state. In three short years President Trump has doubled the growth of the greatest economy in all of human history. And you know what our Democratic friends have done for him? Speaker Nancy Pelosi is trying to impeach him. I don’t mean any disrespect but it must suck to be that dumb!”

Anybody else miss “Duck Dynasty?”

Pres also calls @DuckDynastyAE stars Phil and Willie Robertson to address his Louisiana rally. "If you're pro-God and pro-America and pro-gun and pro-duck hunting, that's all I want," Phil Robertson tells the Trump event. pic.twitter.com/dqAT5ZWNra