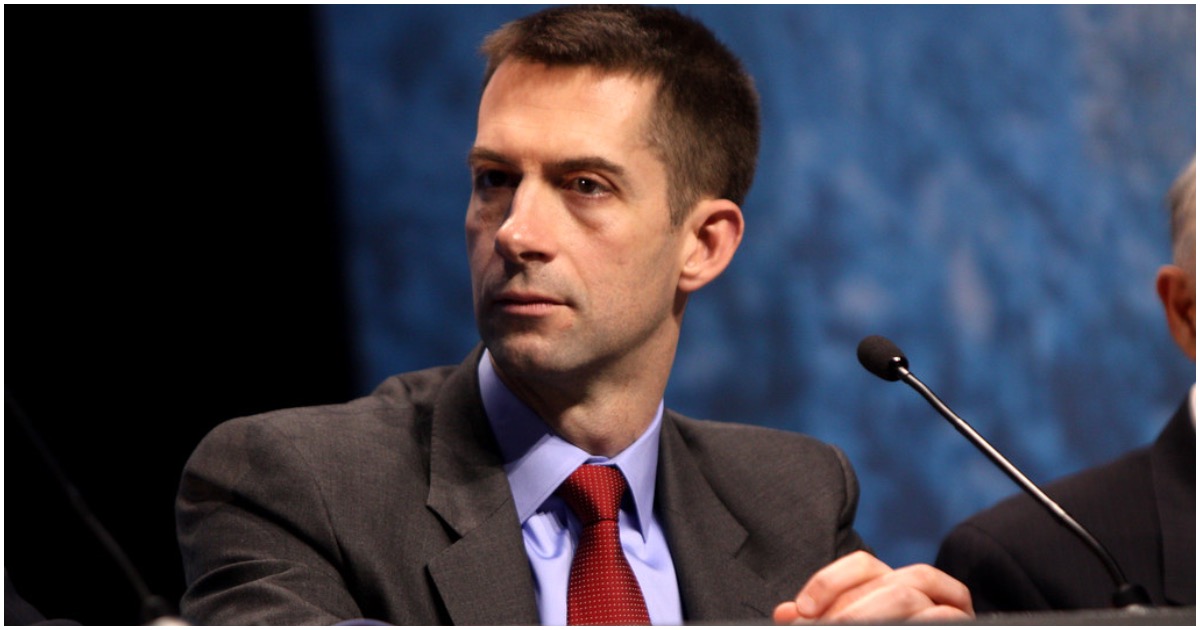 The media won’t care about what he has to say because dishonesty comes naturally to them, at this point.

But check out his words for the Democrat Party.

Sen. Tom Cotton (R-Ark.) said the Democratic presidential primary contenders have “lost their mind” with a slate of progressive policies.

Cotton said, “We are going into a highly consequential election. The Democrats have truly lost their mind.”

More on Cotton, from Washington Examiner:

Arkansas Sen. Tom Cotton slammed New York Rep. Alexandria Ocasio-Cortez for a tweet in which she suggested Rep. Liz Cheney should not make any comments about foreign policy because of her father’s politics.

“MFW *Liz Cheney* of all people tries to offer foreign policy takes, as if an entire generation hasn’t lived through the Cheneys sending us into war since we were kids,” Ocasio-Cortez said in a tweet with an image of herself rolling her eyes.

Many in our generation *volunteered* to fight. @TulsiGabbard did. @RepGallagher did. Where were you, @AOC? Playing politics.

And I’m surprised you’d suggest an independent woman like @Liz_Cheney shouldn’t speak her mind because of her dad’s views. Not very woke.

Many in our generation *volunteered* to fight. @TulsiGabbard did. @RepGallagher did. Where were you, @AOC? Playing politics.

And I’m surprised you’d suggest an independent woman like @Liz_Cheney shouldn’t speak her mind because of her dad’s views. Not very woke. https://t.co/72gHPGVlFA