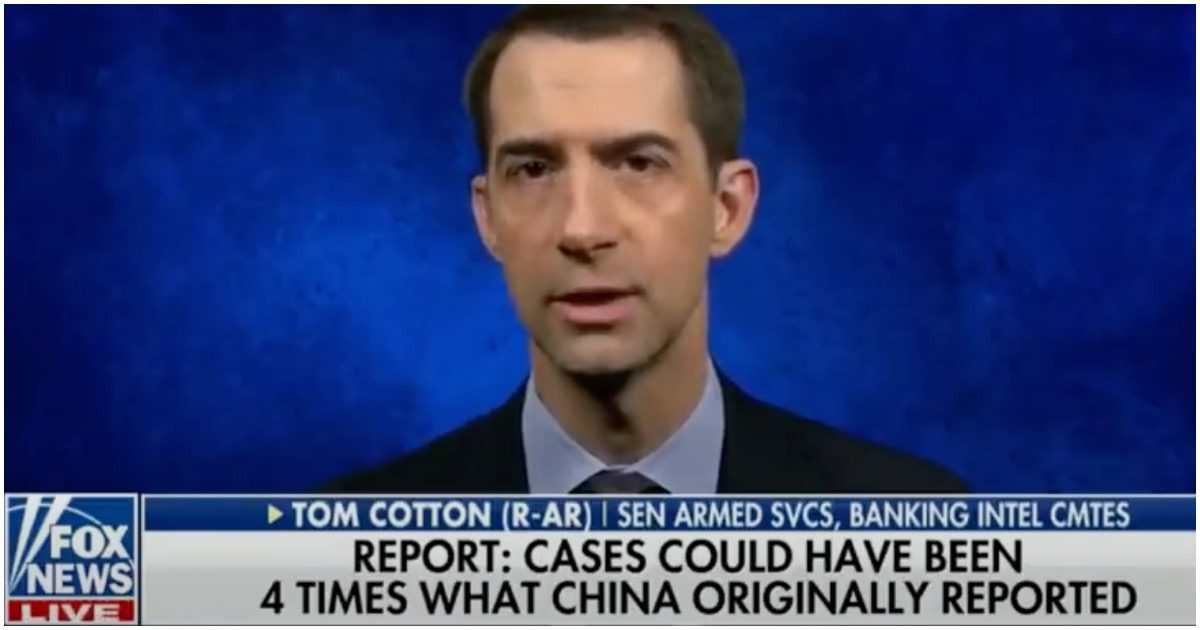 Republican Arkansas Senator Tom Cotton has never been shy when it comes to saying what he believes is best for America. He’s the type of outspoken member of the upper chamber President Trump needs in office.

On Sunday, Cotton made a statement about Chinese nationals studying in the United States that ticked off a few lefties.

On Sunday, Sen. Tom Cotton (R-AR) appeared on Fox News with host Maria Bartiromo where he discussed China’s culpability in the COVID-19 pandemic, as well as his belief that the United States should “take a very hard look at” issuing visas for Chinese nationals studying science and technology.

He said that if Chinese nationals want to “study Shakespeare and the Federalist Papers,” that’s fine, but not “quantum computing and artificial intelligence.” 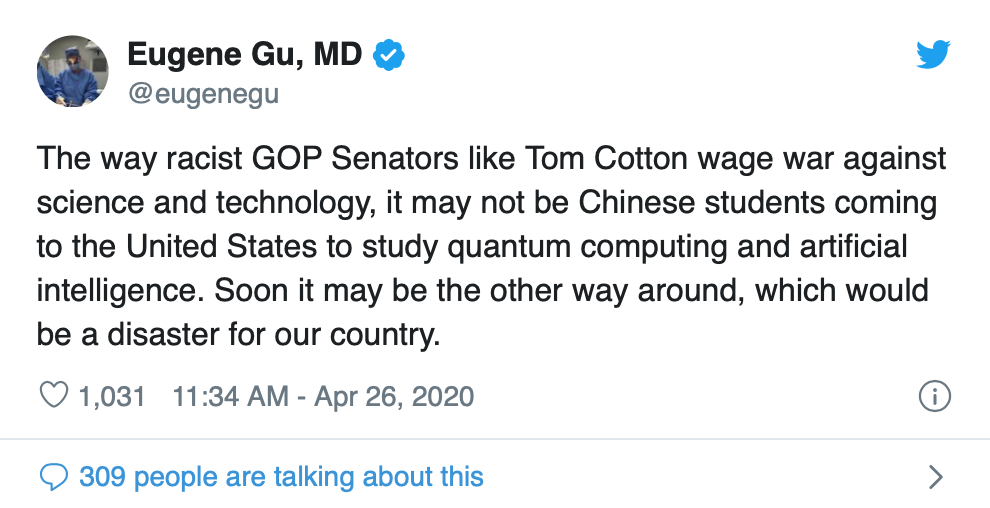 Of course, the entire world knows COVID-19 came from a lab in Wuhan, China. But don’t tell that to liberal reporters. They’ll look the other way.

Here’s yet another example of why the American people can never trust the mainstream media.

NBC's @KeirSimmons says that China "helped" the world by "delaying" the spread of coronavirus and that it is now "worrying that they may get re-infected…from the rest of the world"pic.twitter.com/WSkmGctnmt