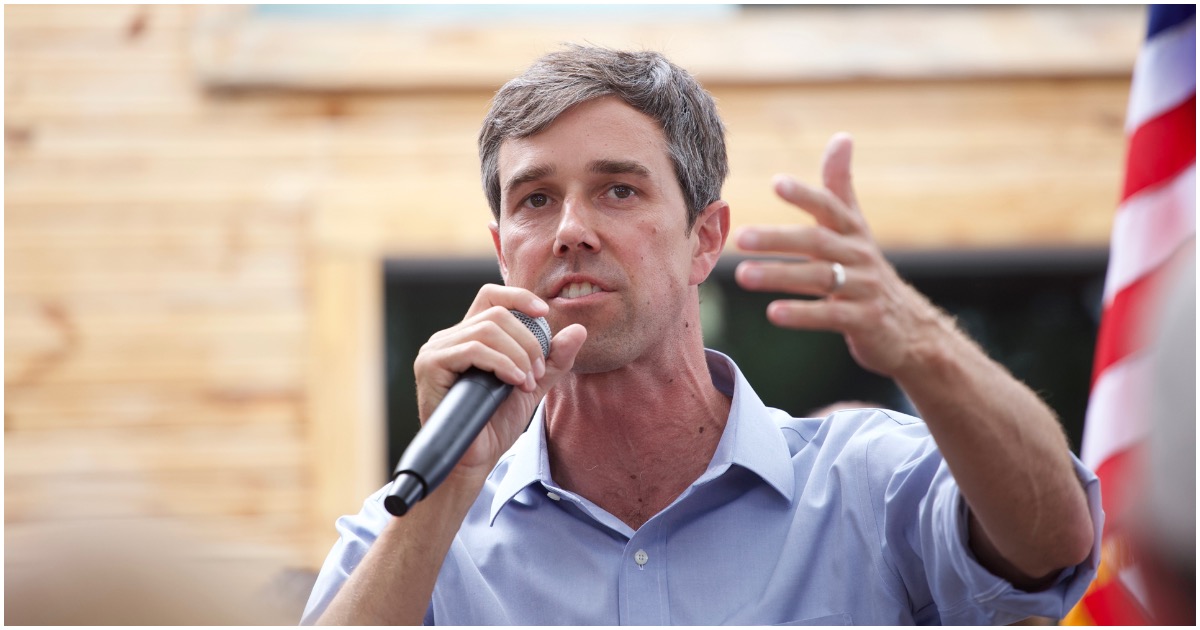 Beto O’Rourke made it clear this past week – he is running for president.

Who cares that he couldn’t defeat Ted Cruz in a Senate race? Beto knows he can take down President Trump in a general election!

O’Rourke reportedly left the scene of a car accident. He was intoxicated.

The newspaper, citing the report, said that O’Rourke was driving drunk at what a witness called “a high rate of speed” in a 75 mph zone on Interstate 10 about a mile east of the New Mexico border. He lost control and hit a truck, sending his car careening across the center median. The story said that the witness, described as stopping at the scene, later told police that O’Rourke had tried to leave the scene.

The story says that O’Rourke recorded a 0.136 and 0.134 on police breathalyzers, above a blood-alcohol level of 0.10, the state legal limit at the time. He was arrested at the scene, the story said, and charged with DWI, but completed a court-approved diversion program and had the charges dismissed, post-arrest developments we confirmed for a previous fact-check confirming the September 1998 arrest and a previous one, when O’Rourke was a college student, for getting past a fence to enter the University of Texas at El Paso campus in the wee hours.

“I think people want us focused on the big picture. They want us to be defined not by this pettiness or the personal attacks that we see in ones like the ad that you just described.”

“I think people want us focused on the big picture. They want us to be defined not by this pettiness or the personal attacks that we see in ones like the ad that you just described.” pic.twitter.com/AHcyPHWGsm

O’Rourke was a failed Member of Congress w/ a far-left liberal record:
*voted w/ Nancy Pelosi 94% of the time
*only passed one bill—renaming a courthouse
*supports the $93 trillion Green New Deal
*voted against the Tax Cuts and Jobs Act, which added 362,200 jobs to his home state

About the Reuters collusion, as noted above – via Reuters: