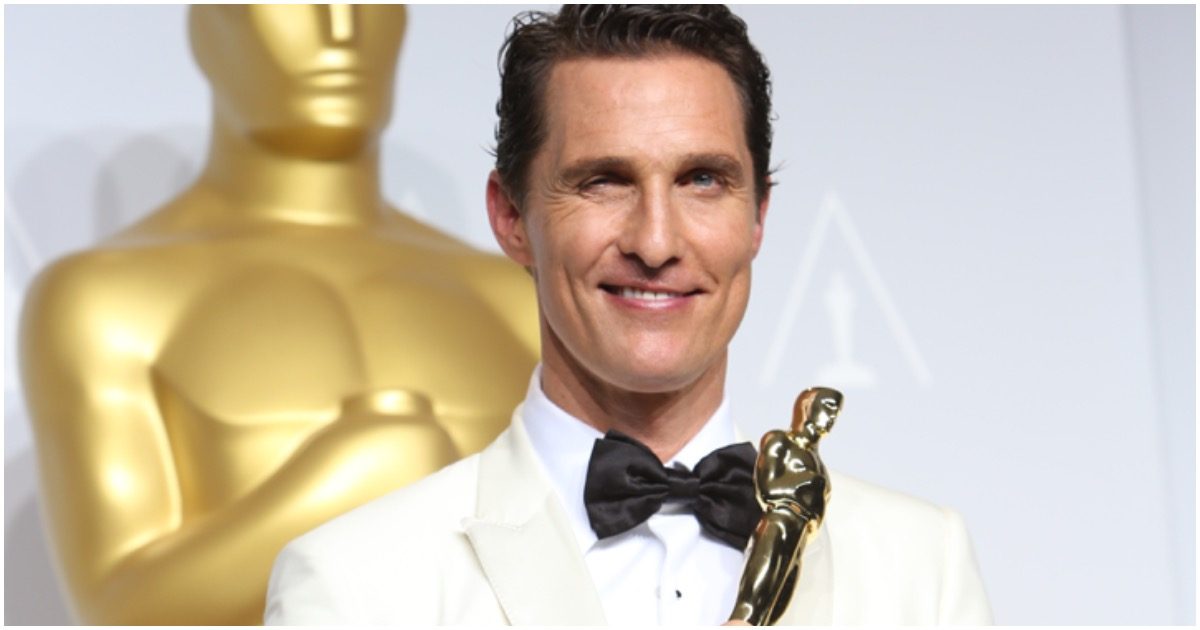 If Oscar-winning actor Matthew McConaughey does wind up running for governor of Texas, you’d have to think it would be as a centrist. He has both right and left-leaning tendencies.

That being said, a whole lot of lefties aren’t pleased that Matthew is seriously considering getting into politics. So, it may end up being a great thing for the Lone Star state!

Here’s what’s up, from Yahoo via HuffPost:

The “Magic Mike” actor announced Wednesday on an episode of “The Balanced Voice” podcast that he’s seriously considering throwing his Stetson into a gubernatorial run in Texas.

Check out these reactions from some radical Dems…

Matthew McConaughey is thinking about running for Governor of Texas? What are his qualifications? Playing the bongos and driving a fucking Lincoln? I'll go with Beto!

I admire him as an actor, I know nothing about his politics, but Texas is in deep crisis & needs experienced leadership. Why doesn't he put his effort into supporting a strong Dem like Beto instead.

As much as I adore Matthew McConaughey, I'd much rather see @BetoORourke run for governor if TX. pic.twitter.com/sZ57f627qg

Matthew McConaughey needs to just keep making those serial killer commercials for Lincoln and stay the heck out of politics. I think we've been there done that with celebrities who think it'd be cool to hold office.

Beto, seriously? The guy is a stone-cold loser.

Andrew Cuomo Reached Under My Blouse to Grope Me, Says Governor’s 6th Accuser