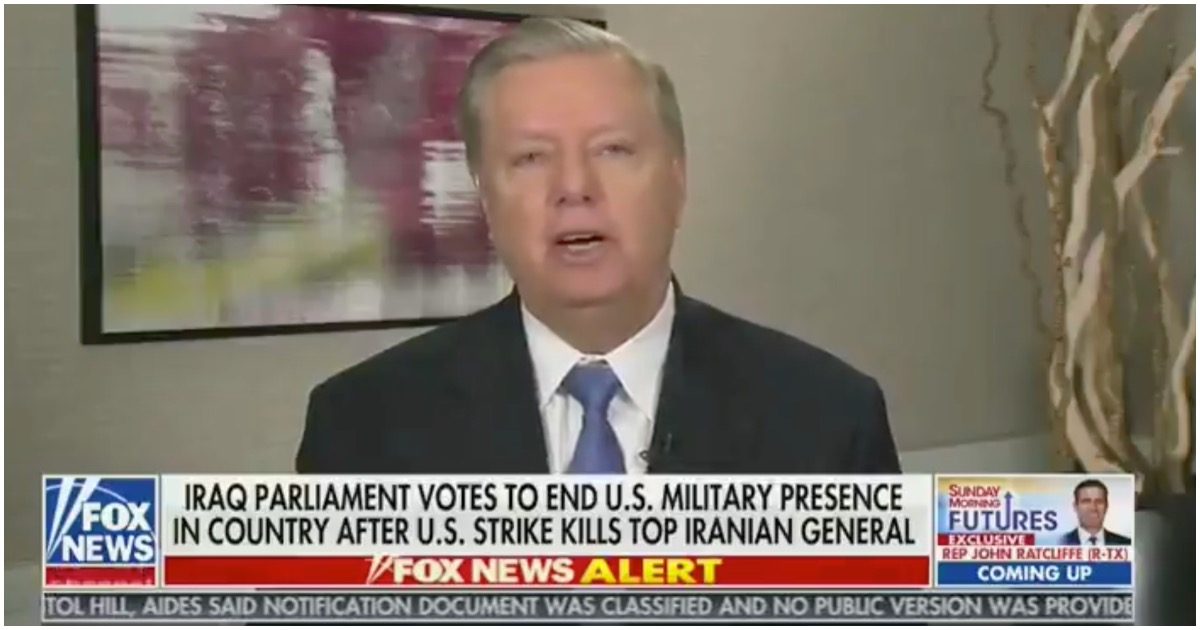 Do yourself a favor and scroll through roughly five or six conservative-leaning websites. After about 15 minutes, you’ll find yourself so pissed off with liberals that you’ll actually consider calling the White House and ask them to consider shipping every Democrat out of the country. Ugh! They are just such bad people.

Liberals are still defending terrorist Qasem Soleimani over President Trump, simply because they’re not educated enough. And that’s just one example of their idiotic ways. Just think back to what they did to Brett Kavanaugh.

The mind of the liberal is nothing to envy. Check out South Carolina Senator Lindesy Graham drop kicking disgraced NFL quarterback Colin Kaepernick into next week…

My response to Colin Kaepernick about “American terrorist attacks.”

If Joe Biden was a mob boss, his outfit would’ve been caught and jailed after about a full week in business.

Too many gaffes. Too much nonsense.

The only reason Joe is still a viable candidate for president is because the media is too afraid to call him out, knowing no other Democrat stands a chance at defeating Trump come 2020.

It now appears that Mr. Ukraine-impeachment-starter himself, Joey B, is threatening sitting Senator Graham.

Former Vice President and current Democrat presidential candidate Joe Biden told CNN on Friday that Senate Judiciary Committee Chairman Lindsey Graham should not look into him or his son Hunter Biden’s business dealings in Ukraine because he knows Graham, adding that if Graham proceeds that he will “regret” it “his whole life.”

“On Thursday, Graham — the chairman of the Senate Judiciary Committee — sent a letter to Secretary of State Mike Pompeo requesting the release of any documents related to contacts between Joe Biden, Hunter Biden, and former Ukrainian President Petro Poroshenko,” Fox News reported. “Graham’s letter, which was released as the final day of public hearings in the House impeachment inquiry into Trump wrapped up, asked Pompeo to release a series of documents and transcripts of conversations in 2016 between Biden and Poroshenko in relation to an investigation into the Ukrainian natural gas company, Burisma Holdings.”

“Lindsey is about to go down in a way that I think he’s going to regret his whole life,” Biden says, adding Trump is “holding power” over him