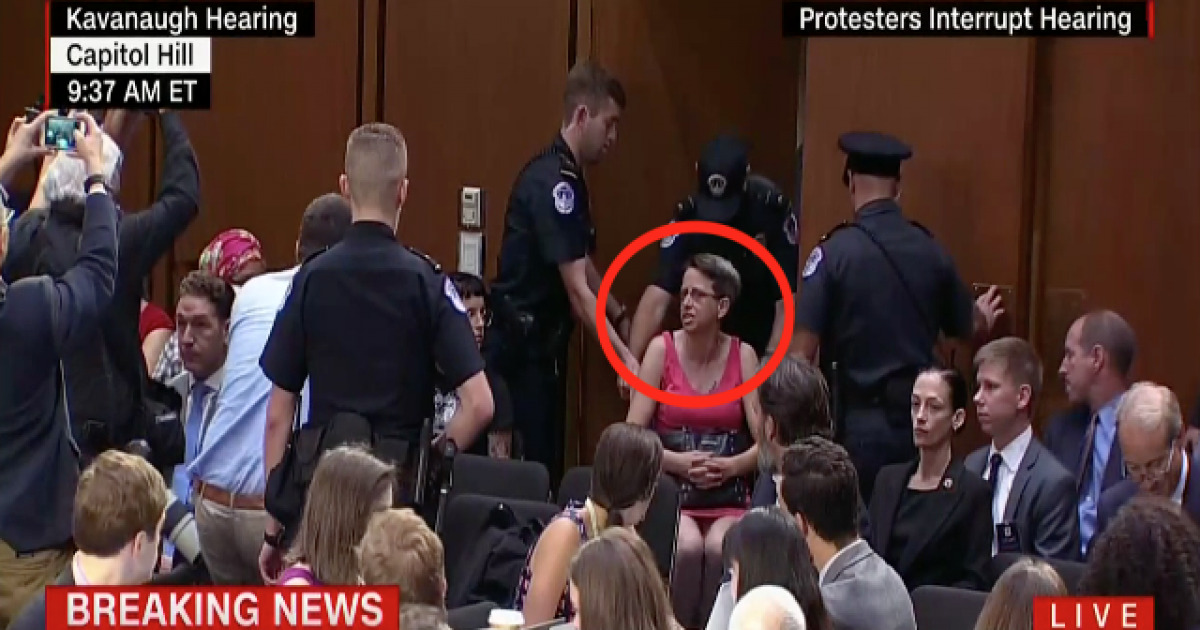 Thus far, it seems the radical left in this country is bound and determined to turn Judge Brett Kavanaugh’s SCOTUS confirmation hearing into the biggest political circus of the century by totally acting like a bunch of wild animals who have lost their minds.

So dedicated to interrupting the proceedings are progressives that they only waited one minute for the hearing to begin before launching into their shenanigans. One. Minute.

Just about one minute into Senate Judiciary Committee chairman Chuck Grassley’s opening remarks for the hearing, several protesters stood up in the back of the room and began yelling.

“Protect the rights of people with disabilities!” one man shouted before being dragged out of the hearing. “We need to protect people of color!”

Another woman followed up with several unintelligible shrieks as Grassley decried that so much of the first day of the hearing was “wasted on disruption and disorder.”

At one point during the interruptions, Sen. Dianne Feinstein (D-Calif.) leans over to Grassley and guesses that the protests will “go on all day.”

Feinstein begins to offer him advice before Grassley turns off his microphone.

“Senator Grassley, I take offense … I don’t know how you can say I am working with Senator Durbin,” another protester quickly chimed in. “We are not working with the Democrats.”

These people are absolutely deplorable. Imagine the outrage they’d be tossing around if conservatives acted like this at a confirmation for a liberal appointee? News article after news article would be published talking about how violent and unhinged we are and blah, blah, blah.

Yet if you’re a liberal, you’re allowed to do whatever you want. Don’t you just love that double standard?

Trump Weighs in on Catholic Abuse Scandal. The Media Won’t Know What to Say.