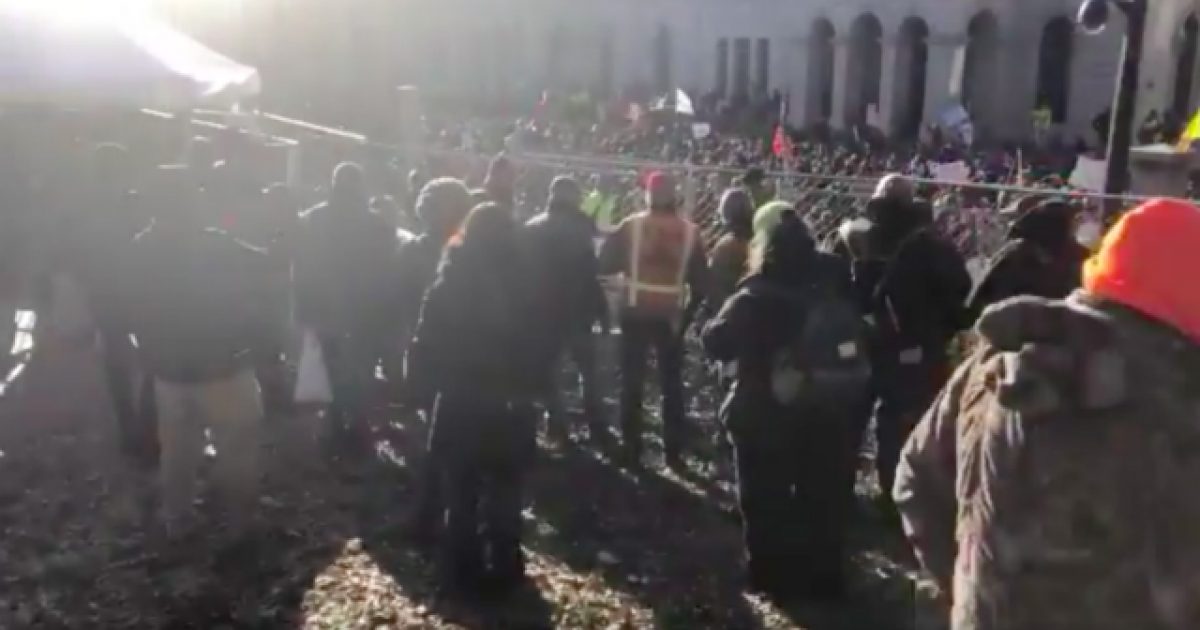 Things are heating up in Virginia as pro-Second Amendment citizens of the state show up at a massive pro-gun protest rally to let the state government, particularly Gov. Ralph Northam — the blackface guy — know exactly what they think of the gun ban being pushed by Democrats in the government.

Protesters made it clear in no uncertain terms they’ve had enough of Northam, as they demanded that he step down from his position immediately.

“Hey-hey, ho-ho, racist Ralph has got to go,” the protesters chanted about Gov. Ralph Northam, a Democrat.

Gun rights protesters are in Richmond for #LobbyDay2020.

Thousands of Second Amendment activists took to the streets for a rally on Monday in response to sweeping gun legislation proposed by Northam and the commonwealth’s Democratic-controlled General Assembly.

The legislation would limit purchases of handguns to once a month, virtually ban military-style weapons, and give local governments the authority to seize guns from people law enforcement deems a threat to the public.

The proposed measure has sparked outrage among gun enthusiasts in the state, where nearly 100 towns, cities, and counties have declared themselves “Second Amendment sanctuaries.”

“I know a lot of Democrats don’t consider guns to be a civil right. But I do,” says Miranda Smith, a 25-year-old programmer from Chesapeake pic.twitter.com/QF0OhMcsIC

Our Founding Fathers would truly be proud of the people of Virginia for opposing tyranny and standing up boldly for their God-given right to defend themselves from oppressive government by upholding the Second Amendment, featured prominently in the Bill of Rights in the Constitution.

This is precisely why they also enshrined freedom of speech in the Constitution, to enable every day citizens to air their grievances with the government and allow like-minded individuals to form movements that would put pressure on elected officials to uphold the law of the land.