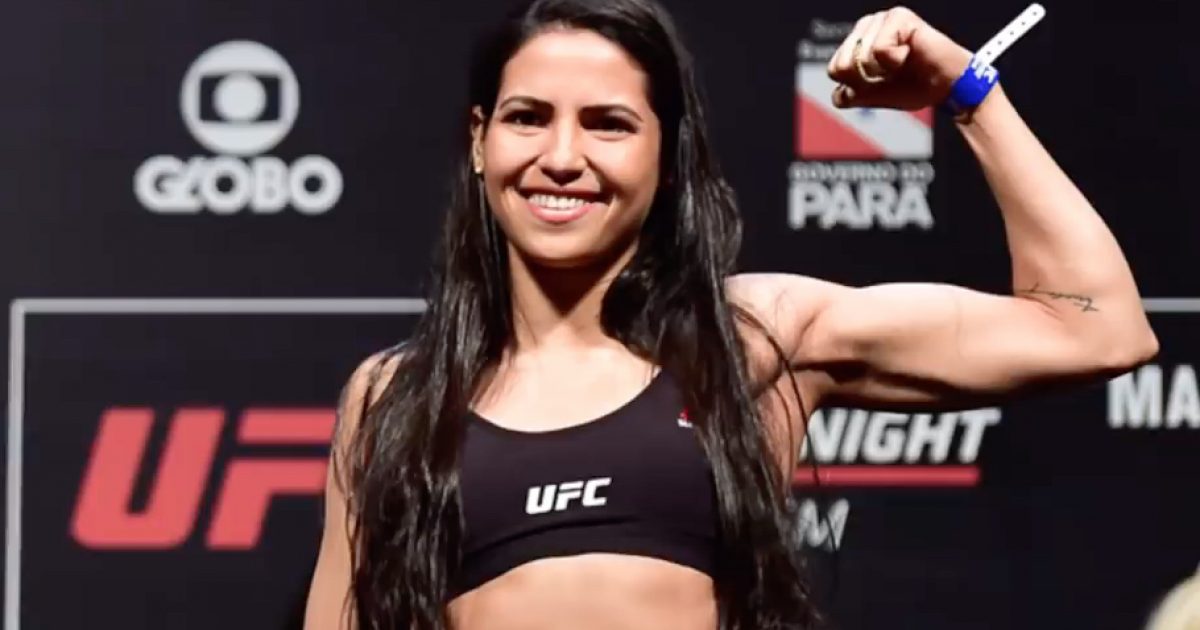 A would-be mugger got way more than he expected when he thought a lone woman on the streets of Rio would be an easy mark. He was quickly disabused of that notion when the woman turned out to be a tough MMA fighter.

One minute the robber is a man with a plan, the next he was just another schlub with a face full of bruises instead of a pocket full of cash.

Strawweight UFC and MMA fighter Polyana Viana, nicknamed “the Iron Lady,” was waiting on an Uber in Rio, one of Brazil’s more dangerous cities — especially for tourists. Viana told police that a man approached her with a fake gun and demanded her valuables, Australia’s ABC reported.

Viana told police that the man asked her for the time but then the conversation turned grim.

“And then he said, ‘Give me the phone,” Viana said. “Don’t try to react, because I’m armed.’ Then he put his hand over [a gun], but I realized it was too soft.”

Then the “Iron Lady” struck.

“He was really close to me. So I thought ‘if it’s a gun, he won’t have time to draw it.’ So I stood up. I threw two punches and a kick. He fell, then I caught him in a rear-naked choke,” the fighter added.

She then sat down next to him as he nursed his wounds and called the police.

When police arrived, they discovered that the “gun” the unlucky robber had was a hunk of cardboard fashioned into the shape of a gun.

Bystanders were amazed and told police that Viana held the man down until officers arrived.

“I was fine because he didn’t even react after. Since he took the punches very quickly, I think he was scared. So he didn’t react anymore,” Viana said.

UFC president Dana White saluted Viana, tweeting an image of the fighter alongside the bruised and beaten robber.

“On the left is @Polyana_VianaDF, one of our @UFC fighters and on the right is the guy who tried to rob her #badfuckingidea,” White tweeted on Sunday.

On the left is @Polyana_VianaDF, one of our @UFC fighters and on the right is the guy who tried to rob her #badfuckingidea pic.twitter.com/oHBVpS2TQt