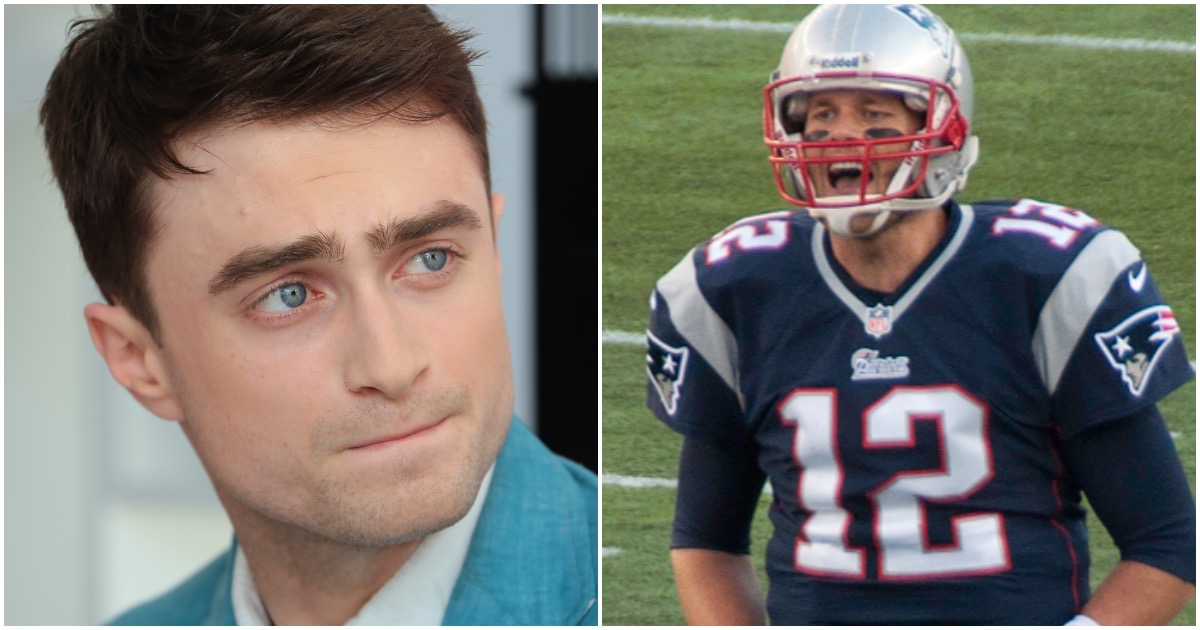 Acting is one of the few professions where a person can land a job based on their looks alone.

When he was a kid, Daniel Radcliffe wasn’t necessarily a good actor.

However, he did look how people expected “Harry Potter” to look.

You know, something tells me Tom will still be able to sleep at night.

He’ll be playing in his third straight Super Bowl, and ninth overall.

The man is a legend of the sport.

How about canceling the most watched sporting event in the country?

Democrats are floating canceling the Super Bowl in order to push to end what is now the longest government shutdown in history, according to a report quoting several Democrat lawmakers.

Fox News reports a Democrat lawmaker confirmed that during a meeting of the House Democrat Conference–of which Speaker Nancy Pelosi is the leader–on Thursday morning, discussion of the shutdown’s effects on the Super Bowl caused a ruckus.

While nobody in President Donald Trump’s administration–which oversees the collection of government agencies that come together to handle travel, logistics, security, and more for major events like the Super Bowl–is suggesting that the Super Bowl be canceled like Democrats on Capitol Hill are floating, there is definitely concern about the shutdown’s impact on this year’s big game.

The problem here is that federal workers overseeing security at the big game won’t be getting paid.

Every Super Bowl is a security nightmare, as one could imagine.

It takes a coordinated effort at the local, state, and federal levels to make sure everything goes off without any problems.

A Detroit Lions linebacker socked a cop and gave him a concussion.

Trevor Bates, a linebacker for the Detroit Lions, was arrested Saturday in New York on charges that he failed to pay a taxi fare and then punched a police officer, who suffered a concussion.

How is this not front page news?

The guy gave a police officer a concussion!