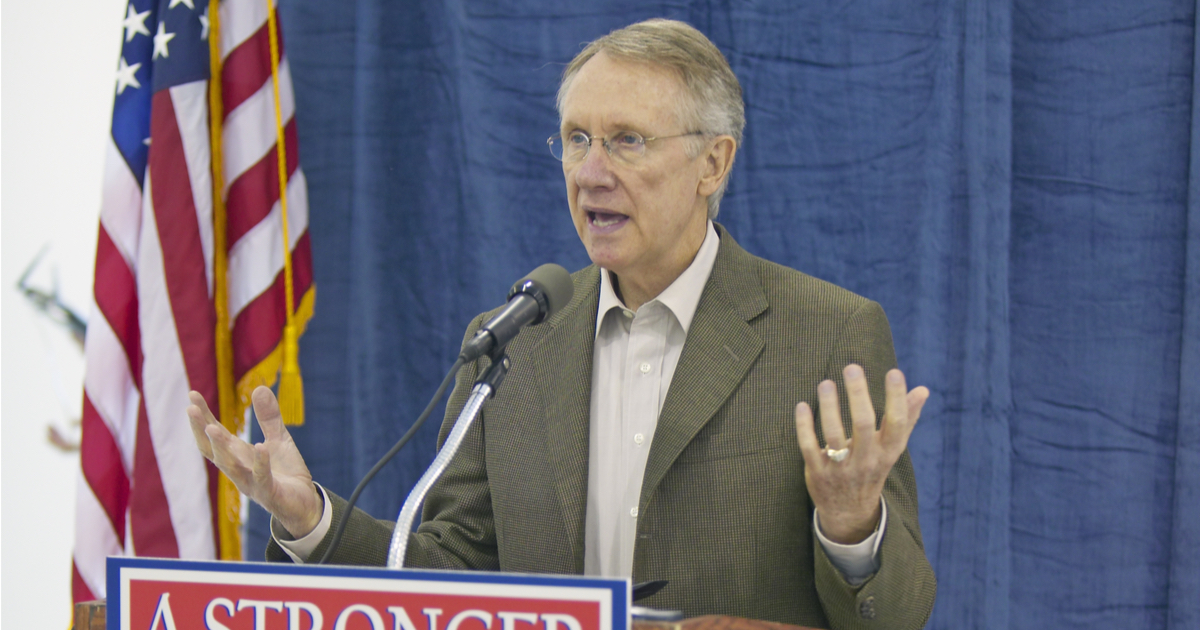 The truth behind the “resistance” in American culture is a scary one.

You see, we have a massive glut of the population here in the United States who, for no other reason than their own anger, refuse to agree with our Commander in Chief on any issue.  They’ll attack him for the way he shakes hands, how often he wears a red tie, or even the way in which he speaks about his daughter.

All because he isn’t Hillary Clinton.

Now, with the gravity of his own impending death tugging at his mortal existence, former Senator Harry Reid is spending his last moments alive dissing The Donald.

“I think he is without question the worst president we’ve ever had,” Reid said. “We’ve had some bad ones, and there’s not even a close second to him.”

Reid, who has pancreatic cancer and “does not have long to live,” spoke to New York Times Magazine writer Mark Leibovich about Trump.

“Trump is an interesting person. He is not immoral but is amoral,” he said. “Amoral is when you shoot someone in the head, it doesn’t make a difference. No conscience.”

This just goes to show that the quality of an insult is directly correlated to how much you have to explain it.

Reid described Trump as a different kind of force in Washington, DC, making it difficult for Democrats to legislate.

“You can’t legislate when you have a chief executive who’s weird, for lack of a better description,” Reid said.

The “resistance” vibe that Reid has chosen to exude during his final political throes is a disappointing one, certainly, and will only serve to bolster and embolden others.