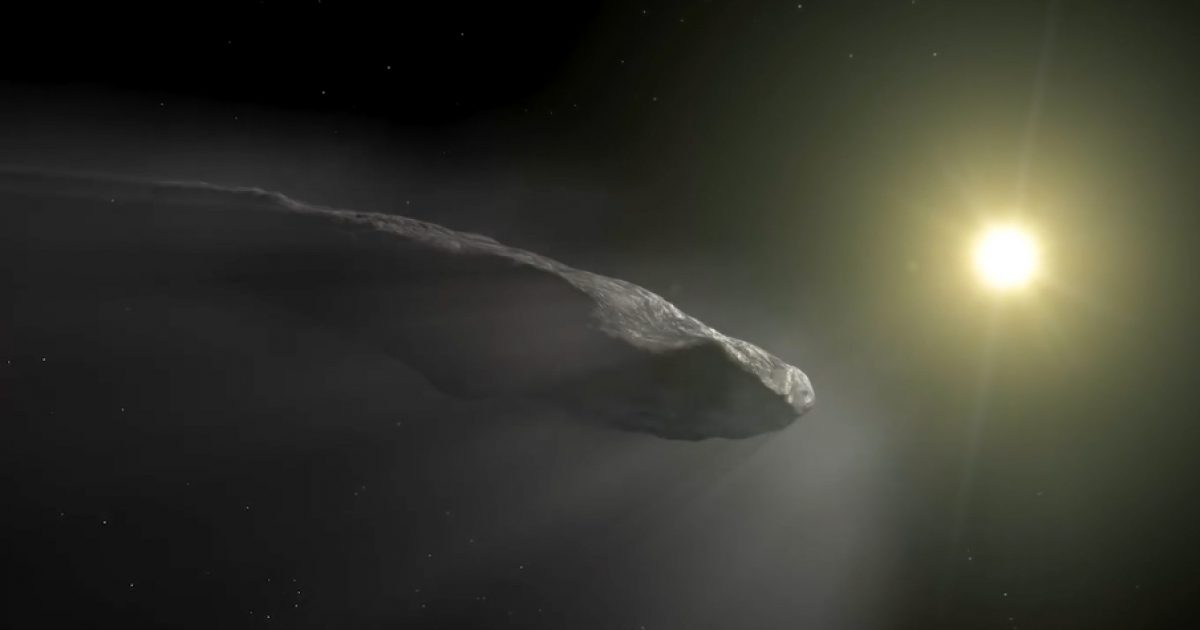 Concerns over the grand dissonance of the American political world have had many citizens hoping for some sort of interstellar interjection, before it’s too late.

When face with the choice between Hillary Clinton and Donald Trump in the 2016 electoral circus, a popular bumper sticker emerged that seemed to sum up our collective sentiments succinctly:

Of course, this was merely a dry and morbid bit of nihilistic humor aimed at bringing the current state of affairs into some serious perspective.

Now, however, on the eve of our midterm elections, (which have been filled with more of the same chicanery), scientists are revealing something spectacular about one of our recent extraterrestrial visitors – namely that it may not be a meteor at all.

NASA may have ruled that Oumuamua, the first interstellar object ever spotted in our system is a “metallic or rocky object” approximately 400 meters (1,312 feet) in length and 40 meters (131 feet) wide, but a new study from the Harvard Smithsonian Center for Astrophysics says it could be something much more exciting – it could be “a lightsail of artificial origin” sent from another civilization.

The study, which was posted online earlier this month, suggests that Oumuamua’s strange “excess acceleration” could be artificial in nature, as it has been implied that it is not an active comet.

“Considering an artificial origin, one possibility is that ‘Oumuamua is a lightsail, floating in interstellar space as a debris from an advanced technological equipment,” researchers wrote in the paper.

The paper continues: “Lightsails with similar dimensions have been designed and constructed by our own civilization, including the IKAROS project and the Starshot Initiative. The lightsail technology might be abundantly used for transportation of cargos between planets or between stars.”

The only problem now is that Oumuamua is long gone, traveling at nearly 70,000 miles per hour away from our sun, making further study prohibitively difficult.

This also means, perhaps anticlimactically, that Oumuamua isn’t the interstellar savior that the Giant Meteorite 2016 team was looking for either.