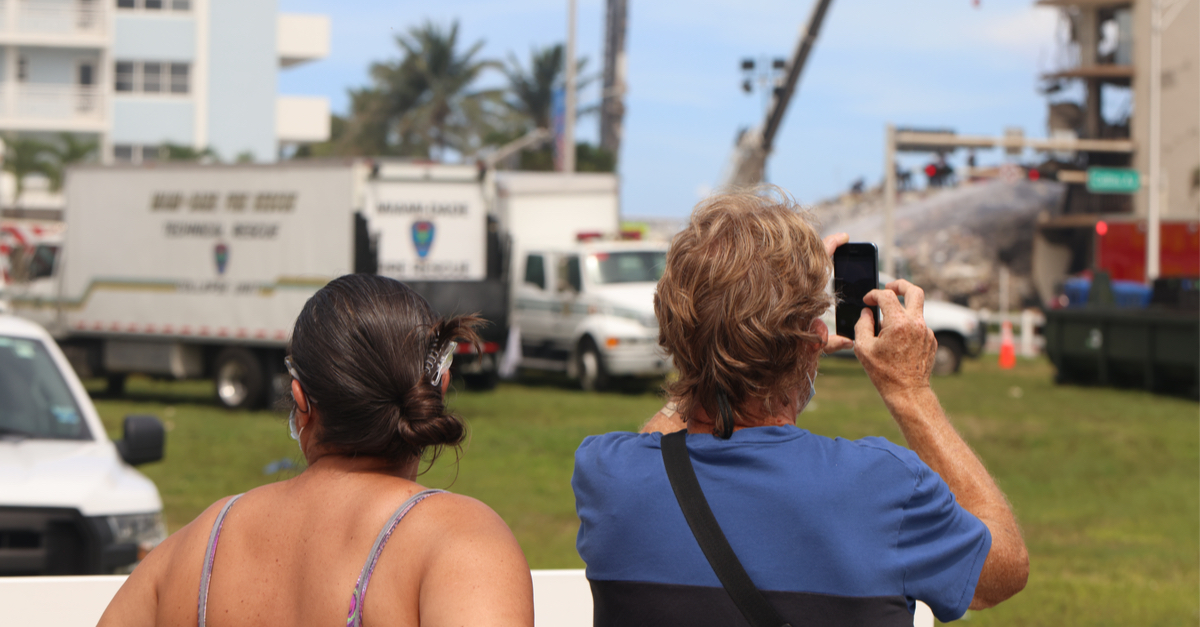 After 12 days of grueling, painful, and often-interrupted work, rescue crews in Surfside, Florida are beginning to acquiesce to the grim reality that faces them.

In the early morning hours of June 24th, a high-rise condo building in the Miami-adjacent neighborhood partially collapsed, trapping and killing residents and guests inside the rubble.  As rescuers worked to uncover and recover whomever they could, a number of debilitating setbacks arrived.  Lightning, fires within the debris, and then the need to demolish the remainder of the building all led to delays in their efforts.

Now, with a tropical storm bearing down on the area, a heart wrenching reality is coming into view.

Search crews who resumed their work after the still-standing portion of the partially collapsed condo building in Surfside, Florida, was brought down using explosives Sunday night found three more bodies.

The demolition occurred after 10 p.m. ET, 11 days after the shocking collapse of much of the residential Champlain Towers structure on June 24.

County Mayor Daniella Levine Cava said the demolition of the remaining portion of the building was a necessary step for crews to continue their search for any possible survivors of the disaster.

But Cava also relayed the unfortunate state of the situation.

“This rescue effort, as far as I’m concerned, will go on until everybody is pulled out of that debris,” Surfside Mayor Charles Burkett said earlier Sunday during an appearance on CBS News’ “Face the Nation.”

The collapse of the building has forced many building managers in the area to reassess their own properties, with at least one high-rise condo in North Miami Beach ordering an evacuation after an inspection turned up several major issues.