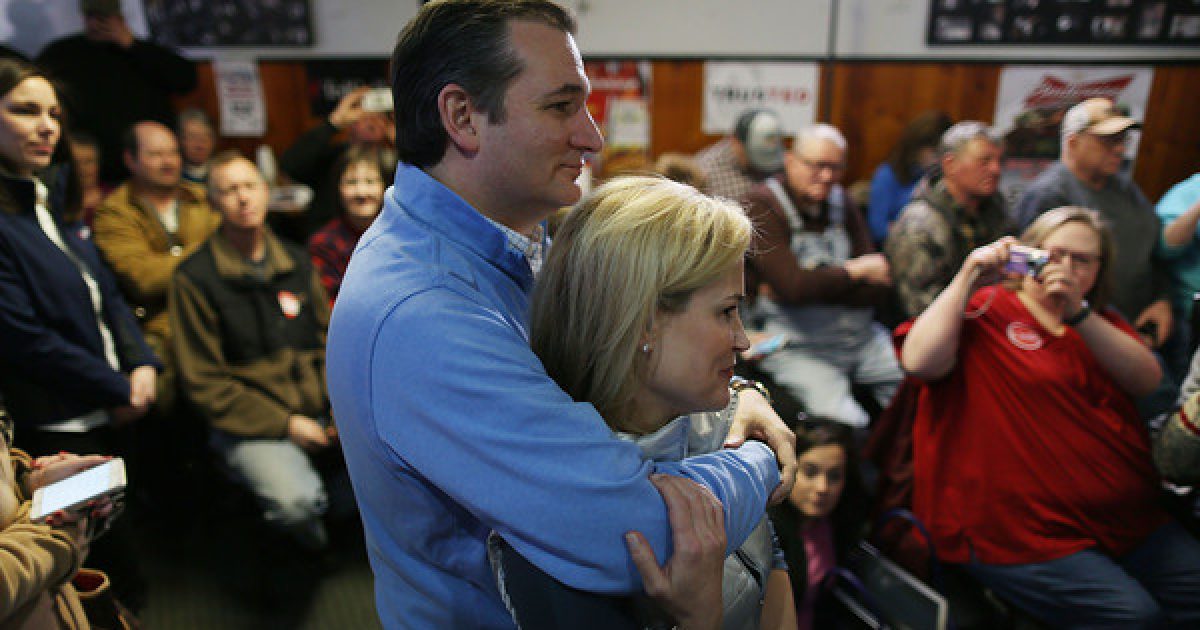 Ted Cruz is one of the most polarizing figures in Washington DC. A beacon of conservatism and sold biblical values for many, he’s often portrayed as one of the evilest of Republicans by the left.

Always close by his side is his loving and supportive wife Heidi, who, during Cruz’s 2016 Presidential run, was scrutinized almost as closely as her husband was for her high-powered financial career.

Far from the pregnant-and-barefoot demure traditional wife most people imagine such a conservative political as Cruz might have, Heidi is the Harvard-educated breadwinner for the Cruz family, something that she hasn’t always managed to fuse together seamlessly with her husband’s political career.

In Ted’s early days in politics, Heidi recently shared in an interview with The Atlantic, there was a time when his recent appointment to as the Texas Solicitor General left the newly married couple in separate cities.

At the time Heidi was working for the National Security Council, so she remained in Washington DC as he settled in Houston.

Two years later, however, she agreed to move back to Texas to be closer to Ted and take a financial position there with Merrill Lynch, a career transition that Heidi ended up finding very challenging.

After a significant emotional struggle, she finally ended up signing up for a Catholic retreat so she could cope with her depression and grief over giving up a job she’d loved.

It was then that she met a counselor who gave her a message that would encourage her many years later when she and Ted had the spotlight of the nation on them.

The counselor, an 80-year-old Haitian woman, Heidi explained, “sat me down and she looked at me and she goes, ‘I can tell you have an amazing husband. And you both will have an impact on this country.’ She said, ‘God is going to use you, not Ted — not just Ted. You’re part of this team for a reason. God’s gonna use you to do something beyond yourself. You just let God take you to Texas, you let him take you wherever. Because there’s something bigger than you now.’”

Working with this counselor helped Heidi to keep going and to settle into her new life and her new path.

Years later, when she and Ted were on their way to announce his 2016 bid for the presidency, she was journaling her calories when she came across notes from these counseling sessions.

Realizing she’d gone from mourning her own difficult career change to being on her way to launch her husband’s presidential run, Heidi says, I just started crying.”

It’s always amazing how God can use the dark times in our life to reveal His plans for us in ways that sustain and motivate us for years to come.

Will Millennials Be the Change to Our Nation’s High Divorce Rates?

After Their Father Passed Away, This Teacher Took His Former Student to Father-Daughter Dance