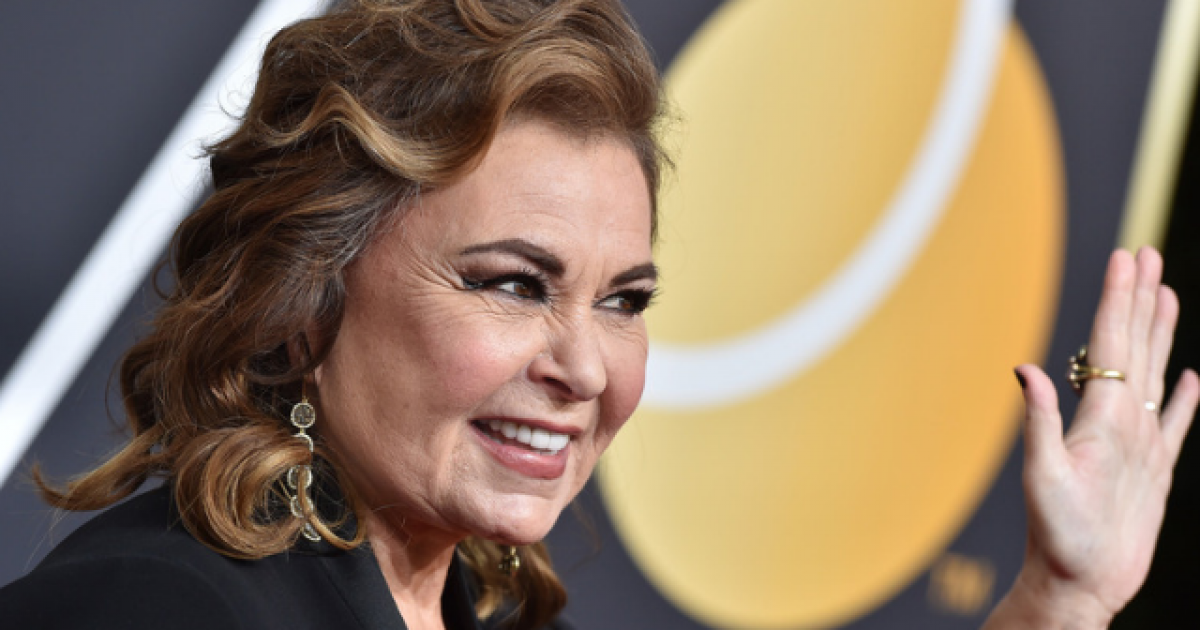 I can’t help but feel sorry for Roseanne, to be honest.

Perhaps my heart towards her is softened by the wall-to-wall coverage we were all subject to following her infamous Valerie Jarret tweet, which resulted in the smash hit reboot of her classic sitcom being canceled and the nationwide loss of brain cells due to overexposure to leftist virtue signaling and faux outrage that graced the airwaves for a week straight.

Roseanne has always been a bit nutty, but she became the victim of a vehemently anti-Trump media complex, the terrible combination of Ambien and Twitter, and her own zaniness that fateful night when she compared Jarrett to a love child of Planet of the Apes and the Muslim Brotherhood.

If the media hadn’t delighted in an opportunity to slam a Trump supporter for something racist so much, I’d probably be more disgusted with Roseanne, but now that her career has been ruined and the media has moved on to ten thousand subsequent faux outrage campaigns, I mostly just feel pity for her.

So I was glad to hear she’s getting out of Dodge now that ABC has shamefully endeavored to reboot Roseanne without Roseanne in the surely ill-fated spin-off, The Connors.

So, where’s she headed now, and what’s she up to?

When the Roseanne-free new version of the literally DOA reboot of the reboot of “Roseanne” (“The Connors”) airs, the former star of the show will not be in the country to witness it, she says. She’ll be half a world away in Israel working on some spiritual and emotional issues with one of her favorite rabbis.

The comment, highlighted by The Hollywood Reporter, came during Barr’s interview with Rabbi Shmuley Boteach for his podcast in which she mentioned recently cutting a record in Nashville and expressed some regret about publicly apologizing to Valerie Jarrett for calling her the love child of the Muslim Brotherhood and “Planet of the Apes.”

Of the incident, it sounds like she’s trying to do her best to put it behind her, recognizing that she fell hook, line, and sinker for the wiles of the outrage mob at the time:

“My friends told me at the beginning, ‘Oh my god, you made a fatal mistake, and that is you apologized to the Left and once you apologize they never forgive, they just try to beat you down until you don’t exist.’ It’s just sad,” Barr told Boteach. “I should never have said I’m sorry in their world. In my world, I had to because I was sorry. For crying out loud, I was sorry.”

She continued: “People were so angry and, I have to say, a little bit ill-informed about me that they would put me in the same box where they have people who call for the death of all Jews and want to enslave all black people — real racists that actually exist.” In this “unprecedented period in American history,” she said, people need to arm themselves with facts rather than acting on their emotions.

She might be nutty, but she couldn’t be more correct about that–her Twittergate episode is one of the most embarrassing incidents of emotional outrage the Trump era has seen yet.

So, what will she be up to in Israel? Working on her spiritual and emotional health, and trying to avoid bitterness towards ABC’s attempt to carry on her legacy without her:

Barr said she has the opportunity to study for a few months under one of her favorite teachers, something she described as “my great joy and privilege to be a Jewish woman.”

Barr said that while she holds no ill will for the show or those making it, she doesn’t plan on watching it, nor does she want to suffer through hearing commentary about it — which she predicted would inevitably involve trashing her.

There’s a big world out there beyond Hollywood, and we certainly hope that Roseanne finds what she’s looking for.

VIDEO: Kanye West Goes All Out During Interview, Wants to Win Black Community for Trump